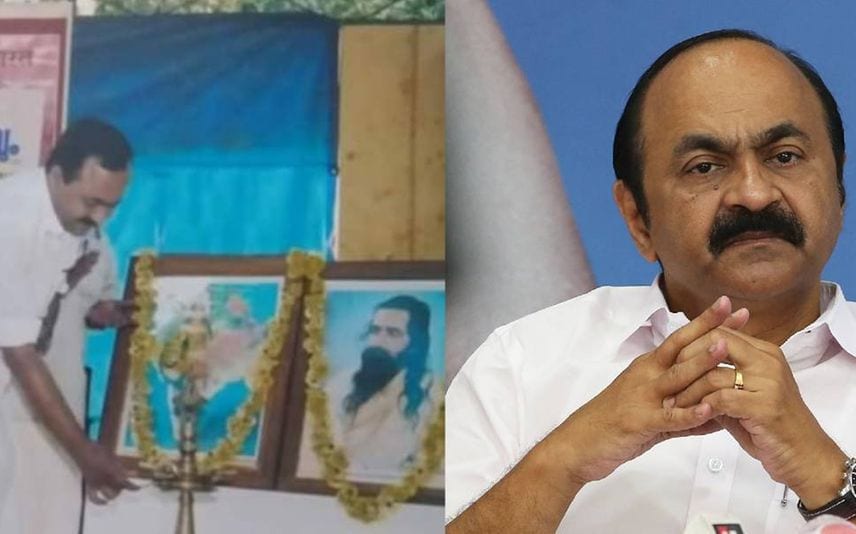 "RSS wasn't untouchable for Satheesan when he secretly sought the help of its leaders to win the assembly election after losing the first fight," he said in the Facebook post.

Babu also released the photos of Satheesan attending a programme of Rashtriya Swayamsevak Sangh in Paravur in 2006. The photo shows Satheesan lighting a lamp in front of the picture of Golwalkar. "However, later Satheesan realised that supporting Islamic terrorism would be better for political gains with the changing political scenario of the state and began to attack RSS whenever he could," wrote Babu.

Satheesan wretched the Paravur constituency from CPI in 2001.

Another BJP leader, Sadanandan Master, came up with a picture of Satheesan participating in an RSS function in 2013.

The verbal clash between VD Satheesan erupted amid the remarks of Saji Cheriyan against the constitution sparked controversy. The Opposition leader had said that the observations of Saji Cheriyan was in accordance with the views of RSS.

Golwalkar, in his book ‘Bench of Thoughts’, had raised a similar opinion and the LDF government had decided to include this book in the syllabus of Kannur University once, alleged VD Satheesan. He had also opined that Saji Cheriyan’s arguments resonated with the ideologies of RSS.

Following this, RSS sent a legal notice to Satheesan to prove his claims or withdraw the statement to avoid a lawsuit against him.