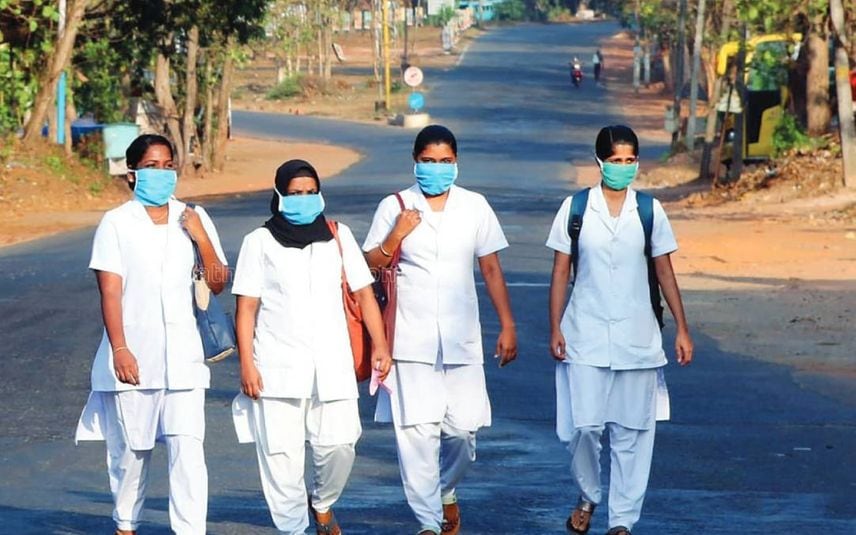 The minimum wages of nurses were announced by the government in 2018, following wide protests. The government had decided that the minimum wages of nurses at hospitals with up to 50 beds would be Rs 20,000 and the maximum was capped at Rs 30,000. However, hospital management and nurses approached the high court against this with separate petitions.

Nurses have been protesting stating that the current salary was not enough. Their main demand is that the basic salary of nurses at government hospitals is Rs 39,300 and so the wages of those working in private sector should also be raised to the same level.

Managements have pointed out that in 2018, the government did not consult them and announced the decision unanimously. The court's directive to the government is based on the demands of both sides.