HC expresses concern over crowding in front of Bevco outlets 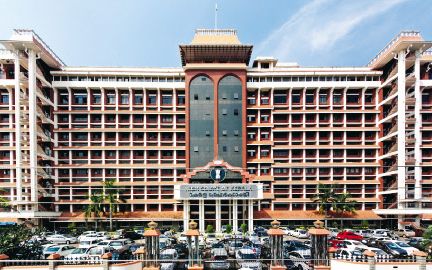 Kochi: Kerala High Court has expressed concern over crowding in front of the Beverages Corporation (Bevco) outlets. The court criticised that the crowd in front of the liquor outlets is uncontrollable and that those who are going to Bevco are treated like cattle.

Police barricades are used to control crowds at present. Justice Devan Ramachandran revealed that he had observed and understood the situation in front of the outlets directly. He questioned why the revised Covid restrictions are not applicable to the beverage shops.

The court pointed out that vaccination certificates or RT-PCR certificates must be made mandatory for the people arriving at the beverage shops. The court also opined that this will encourage more people to get vaccinated.

The case will be considered again on Wednesday after the government reveals their stand on this matter.