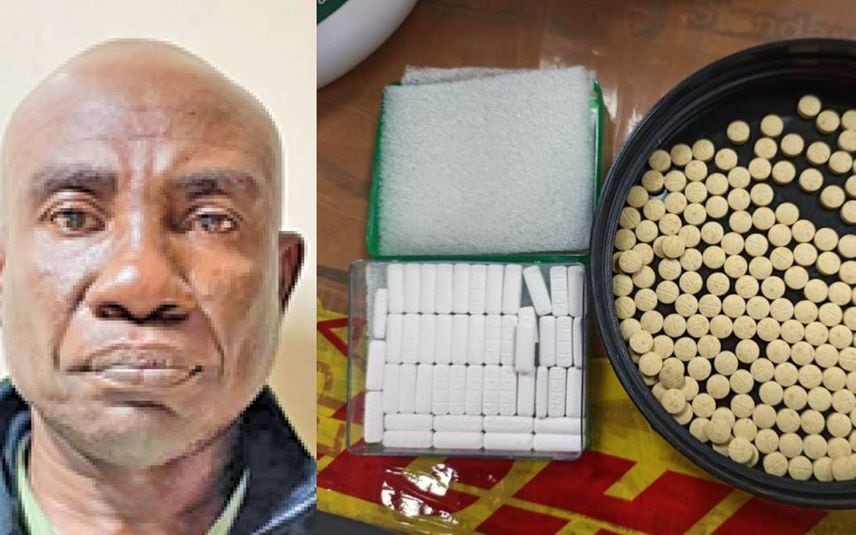 Nedumbassery: Heroin worth Rs 20.18 crore was seized at Cochin International Airport on Saturday. 2.884 kilogram of heroin was caught from a Tanzanian native Mohammed Aali who landed in Kochi in Emirates Airlines. The drug was found from a specially designed part in his trolly bag.

Mohammed Aali had arrived in Kochi from Cape Town in South Africa via Dubai with an e-Visa. Feeling suspicious over his travel documents, the emigration department enquired his details, including his purpose of visit. But, the oifficials found his replies unsatisfactory. Following the interrogation, emigration department passed the information to the Directorate of Revenue Intelligence. Soon the DRI officials reached the airport and took the suspect under custody.

In a detailed inspection conducted later, crores worth heroin was seized from the trolly bag of the accused. The drug was found stored in four different packets.

The accused had pre-booked a room at a hotel in Kochi. He had been informed to hand over the heroin to the person who visit him at the hotel. DRI has initiated a probe to find the person who had booked the room for the accused. He remains under the custody of DRI.