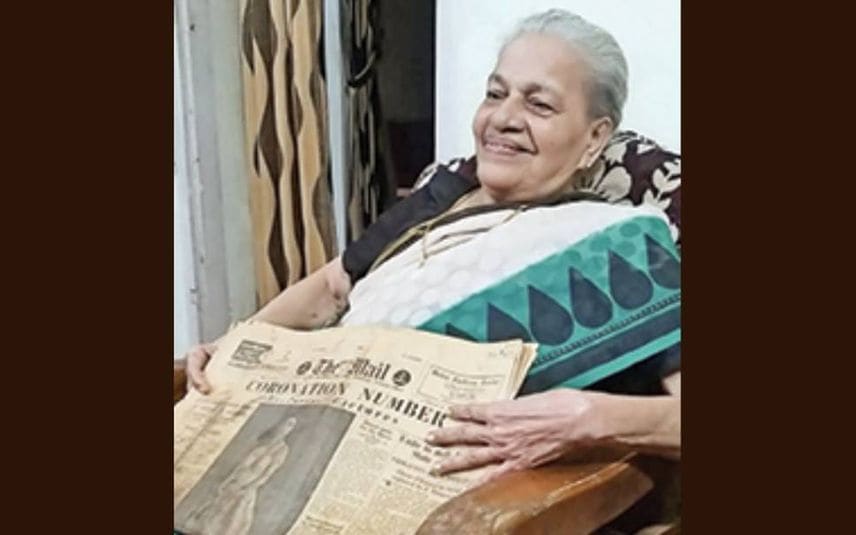 Thrissur: Demise of Queen Elizabeth II has left a scar on Kattookaran house here as a devoted admirer of the longest-serving British monarch lives here. Rosy John was just 12 years old when she started to admire the queen. But her esteem for the queen has not faded even at the age of 89. She still keeps a letter which was sent to her from Buckingham palace in England with much veneration.

Rosy narrated that she became a fan of Queen Elizabeth II after seeing a picture. Later, she started to collect the photos and news related to the queen without fail.

In 1997, she came across the news that 4000 couples selected from all over the world can attend the anniversary celebrations of the coronation ceremony of the queen. Without thinking twice, she wrote a letter to the palace. Though late, she received a letter from the palace with the seal of the queen. The letter read that only couples who completed 50 years of marriage were invited to the function. Even though disappointed, Rosy was contented with the letter from the queen’s palace.

Rosy is now residing with her son Shaji John and his family at her husband’s ancestral house.