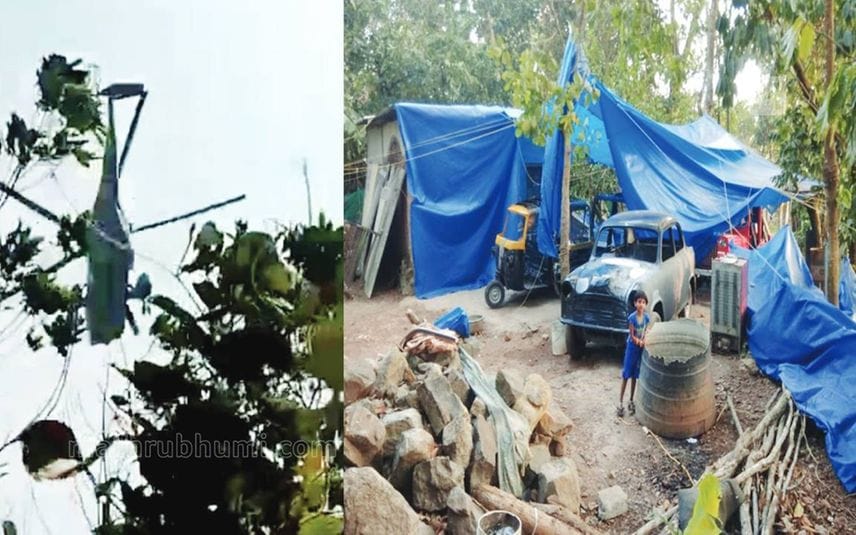 Ettumanoor: After an unidentified helicopter flew above a building in Kottayam, its roof was damaged and caused loss of Rs 25,000 to the owner who is a cancer patient. The incident happened in Kurishumala area of Vallikadu in Ettumanoor on Wednesday around 10:45 am.

The wind from the chopper damaged the vehicle painting workshop adjacent to the house of MD Kunjimon, who is a cancer patient. The costly tarpaulin used for the roofing of was ripped off and it was overthrown by the strong winds. It made the place dusty and even stones and items on the ground were thrown away by the wind.

Those who were in the workshop ran away from it while Kunjimon was not able to run away as he was ailing. At first he did not recognize what really happened. On hearing the chuff, he realized that it was a helicopter. The asbestos sheets paved in Kunjimon’s kitchen were destroyed too.

According to the locals, the same helicopter was reportedly spotted flying low in another area in the same ward. It is suspected that the chopper is of the Navy. Meanwhile, Kunjimon who undergoes chemo treatment claimed that he suffered a loss of Rs 25,000.