Traffic was disrupted completely in Palchuram which connects Wayanad and Kannur districts. Waterlogging in Muthanga disrupted traffic on NH-766. 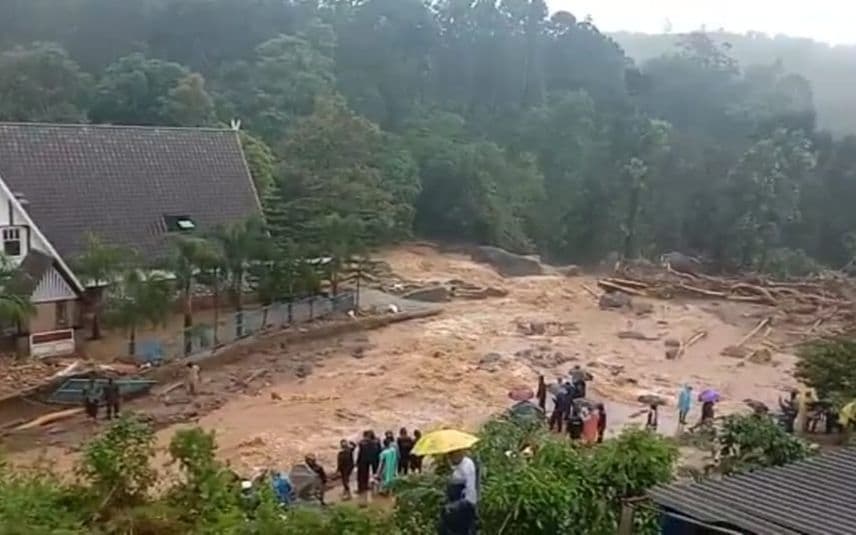 Kalpetta (Wayanad): As the rains intensified, landslides were reported from many places in Wayanad district. People dwelling in disaster-prone areas are being evacuated. Road traffic was disrupted in many places due to waterlogging.

Landslides occurred at Mundakkai in Meppadi by 9 in the morning. Though some families were evacuated already following landslide warnings, some other families were isolated in the calamity. Rescue operations are progressing under the leadership of local residents.

Following landslides, traffic was disrupted completely in Palchuram which connects Wayanad and Kannur districts. Waterlogging in Muthanga disrupted traffic on NH-766. Thalappuzha police warned that people living in Thalappuzha Makkimala hillsides should immediately move to safer areas as landslides were possible in the region.

About 15 families were shifted from Nadavayal Peroor Ambala Colony after the Narasi river overflowed. Ten families in Neykuppa colony also were evacuated. Police have issued alerts in several areas.

A mound behind the house of Kavungal Shamul in Yavanarkulam collapsed and mud slip occurred behind a house at Pilakkavu in Maniyankunnu. The road in front of Choottakadavu pump house was flooded. Mud slip on the Valad Puthoor main road completely disrupted traffic in the route.