In view of the strong winds and heavy rains expected to lash the state, people residing in landslide prone areas, on the banks of rivers and coastal areas have been directed to exercise caution. 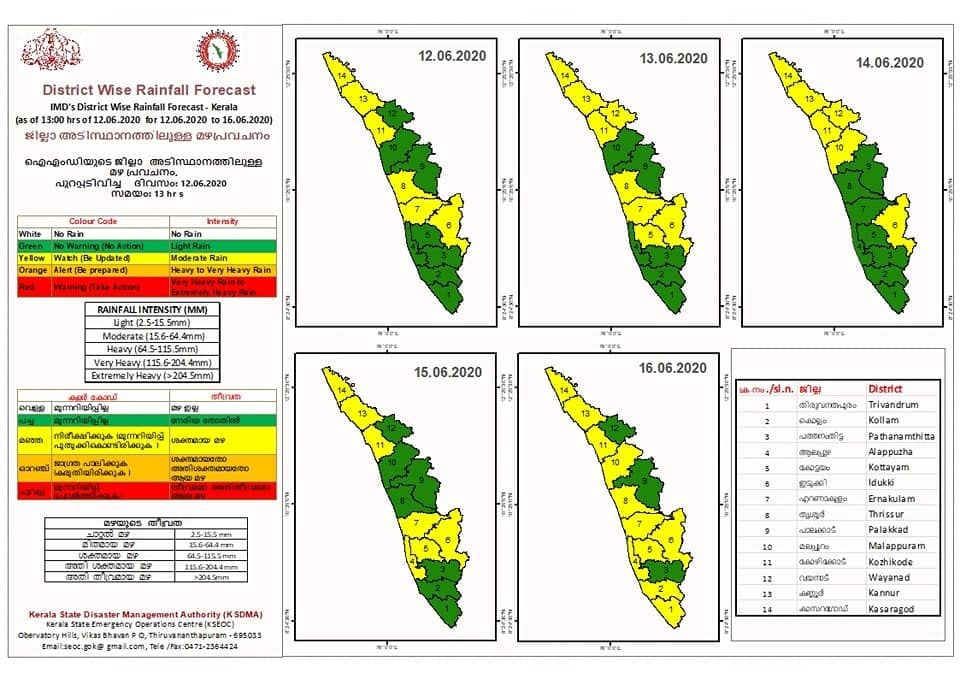 Uprooting, destruction of Neelakurinji to invite Rs 25,000 fine and 3 years’ ...

Ban of egg mayonnaise: Food parcels must use stickers to denote time it ...