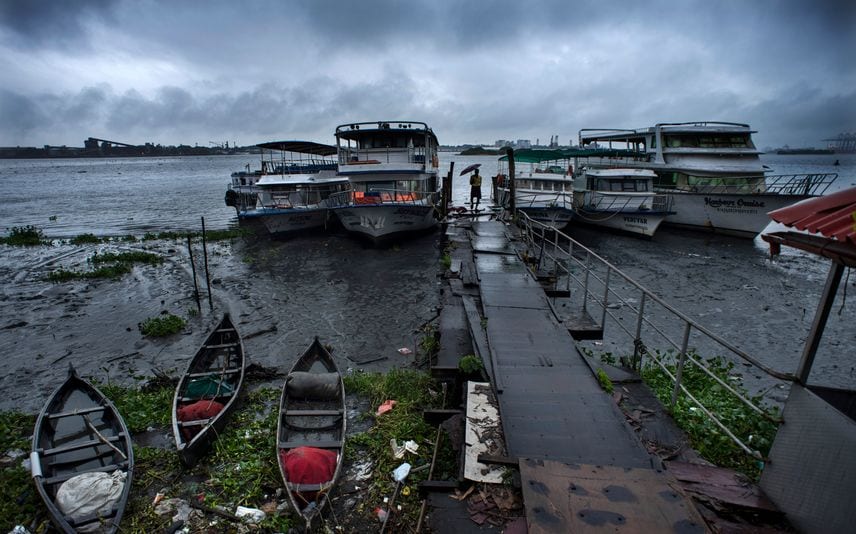 A man walks holding an umbrella near anchored boats as it rains in Kochi.Photo:AP

Thiruvananthapuram: Atleast 10 districts in Kerala will receive heavy rainfall on Saturday and Sunday with the IMD issuing a Yellow alert, while the Idukki district administration has opened the shutters of Kallarkutty and Pambla dams to release excess water.

The India Meteorological Department (IMD) has issued Yellow alert for various districts on Sunday and Monday.

The Idukki district authorities have informed that since the water level at the Kallarkutty dam has reached Red alert level of 455 metre, the shutters have been opened to release 300 cumecs of water.

As the case was similar to that of Pambla dam in the hilly district, the authorities have opened the shutters to release 500 cumecs of water.

The State Disaster Management Authority has asked the people on the banks of river Periyar to remain vigilant due to the inflow of water.

"Squally weather with speed reaching 40-50 kmph gusting to 60 kmph is likely to prevail along and off the North Kerala coast. Fishermen are advised not to venture into sea," the IMD said.

According to IMD website, Kerala has received 237 per cent excess rains during the period from May 12 to 18. Normally the state should receive 47.3 mm rainfall during this period but Kerala received 159.3 mm.

All the districts in the state received "large excess" of rainfall during this period.

The IMD has earlier predicted that the Southwest monsoon, which is also known as Edavapathy in the state, is likely to bring its first showers to Kerala by May 27, five days earlier than the normal onset date. PTI