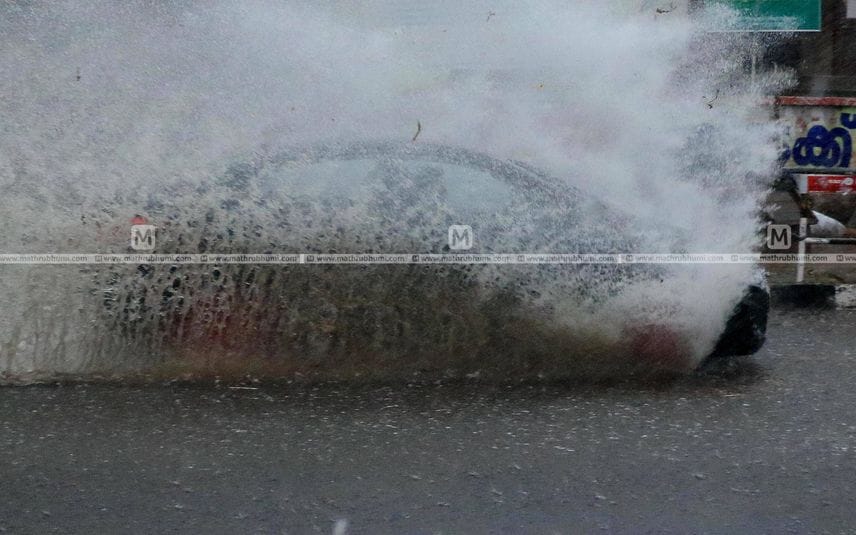 A car splashing water after heavy rains on Sunday evening near the Government General Hospital in Thiruvananthapuram (Photo: S. Sreekesh)

The rain in Thiruvananthapuram started around 4 pm and it provided much needed respite from the scorching sun.

There were reports of strong winds uprooting trees in isolated areas. But there were no reports of damages or casualties.

Several areas of Kottayam district also experienced heavy rains on Sunday evening. Widespread damages were reported in Kuravilangad area. The Roof of a house was blown away. Banana farms in the area reported widespread damage.

At Paipad in Changanassery, electric poles snapped and fell on the roads. Rains continued to lash many areas of southern Kerala.