The India Meteorological Department forecasted heavy rain accompanied with lightning and thunder for the next five days due to the intensifying western wind from Arabian sea. 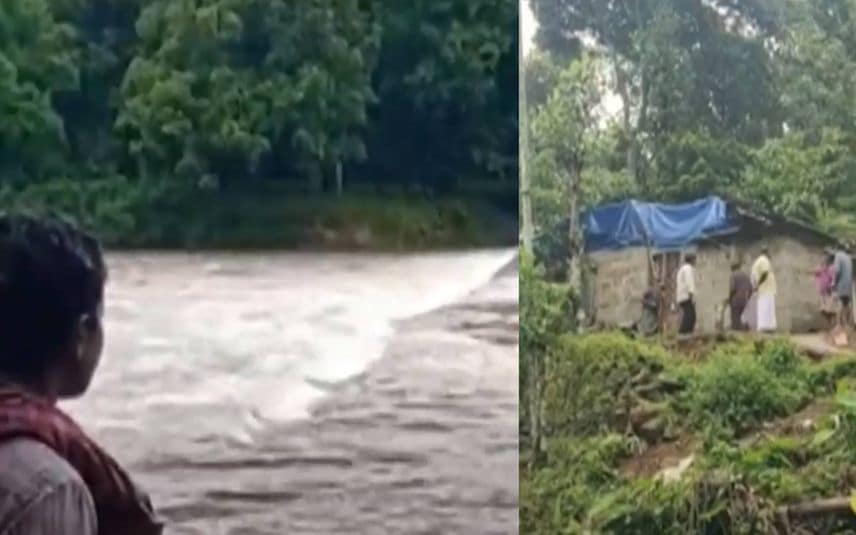 Thiruvananthapuram: Monsoon intensified in the state with heavy rainfall being reported in various districts here. Several instances of rain distress were reported in many parts of the state.

A protection wall collapsed on Punalur- Muvattupuzha road and fell into the Kallada river. Two houses were destroyed at Chinnakanal in Idukki.

Manikandanchal in Kuttampuzha was in spate. With this, 60 families residing in the opposite bank were stranded here. The ferry deployed in the river had been set aside for repair works.

Two houses in Chinnakanal and one in Murickassery were demolished in the torrential rain in Idukki. Three of the family sustained minor injuries when a wall of the house fell in Murickassery. They were admitted to the Govt Medical College in Idukki. The district collector issued a warning in view of the incessant rainfall in hilly regions. Measures were taken to set up relief camps while a control room was opened for 24 hours service.

The India Meteorological Department forecasted heavy rain accompanied by lightning and thunder for the next five days in Kerala as westerly winds are likely to intensify over the Arabian sea. A cyclonic circulation was reported in the regions near Bangladesh, which may form a low-pressure area over northern Odisha.

A yellow alert has been declared for the districts from Alappuzha to Kasaragod. The district collector urged the fishermen to return from the sea examining the gusty winds in the coastal regions.