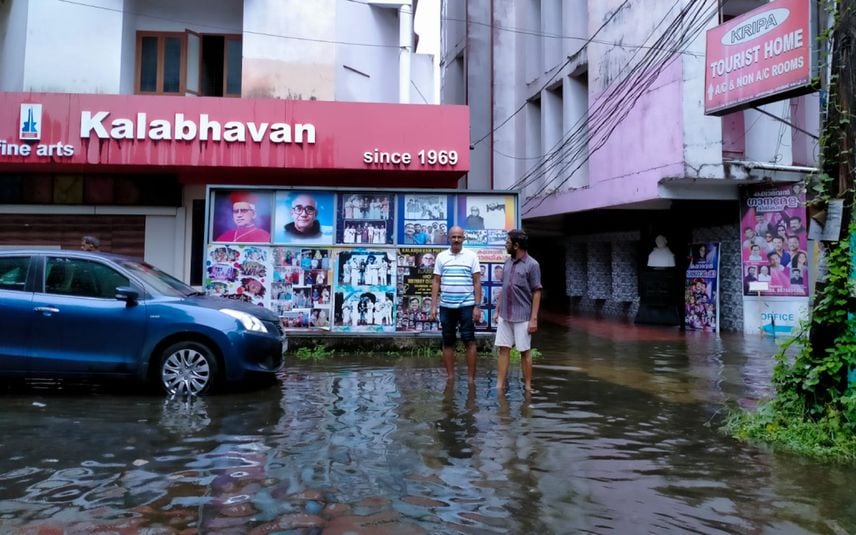 Kalabhavan secretary KS Prasad informed that the loss incurred due to the flooding is being calculated.

Kochi and its premises have been receiving extremely heavy rainfall since Saturday.

Kalabhavan's office was found flooded when the staff reached there on Sunday morning. When examined, most of the musical instruments including guitar, violin, keyboard and piano were found dampened. “We need to play it to confirm whether it got damaged or not,” said KS Prasad.

Cochin Kalabhavan’s office is situated at Kalabhavan road in Ernakulam north. Heavy rains caused waterlogging in most the parts of the city.