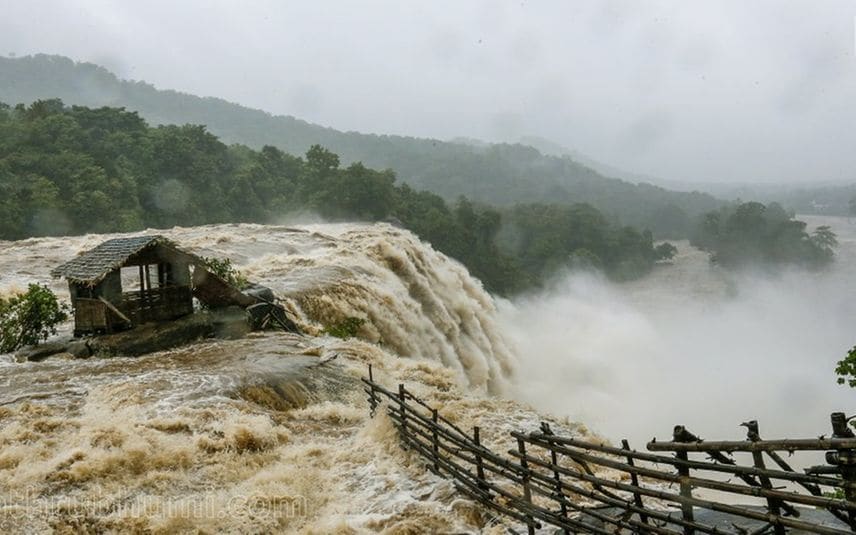 While the Kerala State Emergency Operations Centre (KSEOC) pegged the number of deaths in the state on Wednesday at three and the total, since July 31, as 15, district EOCs of Thrissur and Kottayam additionally reported one and two deaths, respectively, later in the evening.

The Chief Minister's Office (CMO) said 5,168 people have been relocated from disaster-hit and disaster-prone areas of the state to 178 relief camps.

In a statement, it said 198 properties in the state were partially damaged and 30 houses completely destroyed in the rains from July 31 to till date.

Red alert has been sounded in six dams -- Ponmudi, Lower Periyar, Kallarkutty, Erattayar and Kundala in Idukki and Moozhiyar in Pathanamthitta districts as the water reached the storage levels. The Central Water Commission said water levels in several rivers flowing through the state were rising.

"Therefore, people should take the warnings issued by the authorities seriously and those living in low-lying areas, riverbanks and hilly areas prone to landslides should be extra cautious and move to relief camps," the statement said.

Considering the prevailing situation in the state, the government has also imposed a ban on fishing in till August 4.

Earlier in the day, Red alert was withdrawn from Kerala and Orange alert issued in 11 districts of the state for the day by the India Meteorological Department (IMD), indicating a probable decrease in the intensity of the rains hitting the southern state.

The Red alert issued in the state for August 4 was also withdrawn and Orange alert was issued in 12 districts for Thursday, according to an IMD district rainfall forecast issued for Kerala at 12 PM.

As rains continued in Kerala, Chief Minister Pinarayi Vijayan directed that arrangements be made for the safety of tourists affected or stranded due to the heavy rainfall in various parts of the state.

The directive by the Chief Minister was given in a meeting of District Collectors convened by him where he also said there was no need to evacuate people in tourism centres and resorts if there was no dangerous situation there.

Torrential rain: Holiday for educational institutions in 3 districts on Thursday