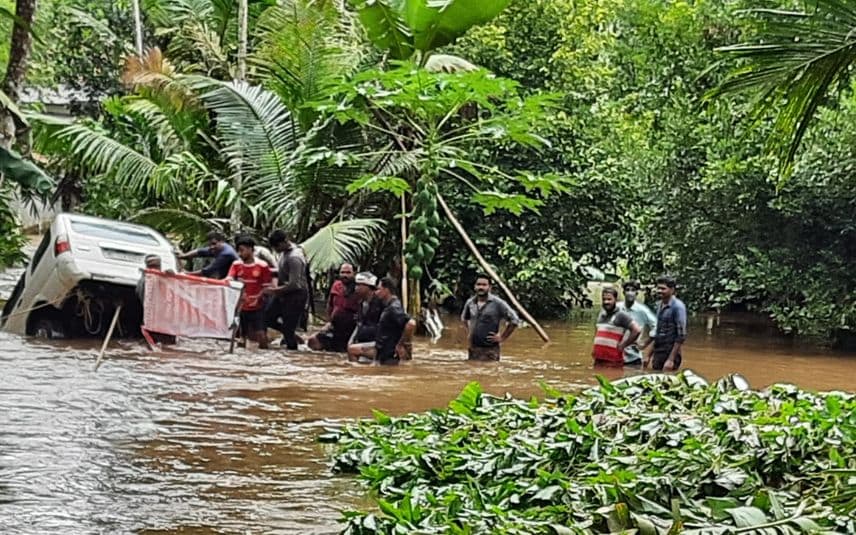 Meanwhile, the shutters of Idamalayar Dam were opened around 4 pm on Monday as the water level went beyond the allowed limit of 164.10 meters. The water level touched 164.30 meters on Monday.
According to reports, 100 cubic metres of water is being released through two shutters to bring down the water level. A warning has been issued on the banks of Periyar to exercise caution.

The lower regions of Kottayam and Pathanamthitta have been witnessing flood-like situation. Several shops around this area were flooded causing damage to the items stored inside. A house was destroyed in the landslide that took place at Thodupuzha in Idukki on Monday morning. The bodies of three people from a family of five, who went missing following the landslide, were recovered.