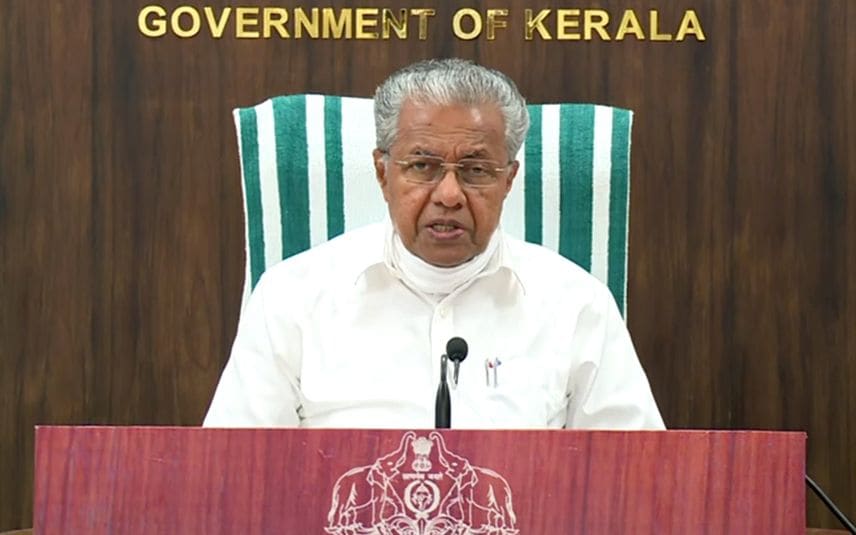 Thiruvananthapuram: In view of the Orange alerts issued by the India Meteorological Department (IMD) for the coming week, Chief Minister Pinarayi Vijayan on Sunday said those in hilly areas should be cautious and as a precautionary measure they should be shifted to relief camps as soon as rains start.

The Chief Minister, in a Facebook post, also said an order be issued prohibiting vehicular traffic to the hilly regions of the Western Ghats from 7 PM to 7 AM, district and taluk control rooms should be on alert 24X7, police and fire brigades should be ready for action and steps should be taken to prevent potential accidents due to trees, hoardings or posts being dislodged by strong winds.

He further said camps should also be set up in coastal areas and fishermen should not be allowed to go to sea.

Besides that, power houses and important institutions in low-lying areas which could get inundated due to the rains should take precautionary measures, water level in dams be monitored closely and the situation communicated to the district and state disaster management authorities in time, Vijayan said in his post.

He said people should be careful as, in the coming days, the rains were likely to intensify.

Orange alert has been issued in Thiruvananthapuram, Kollam, Pathanamthitta, Alappuzha, Kottayam, Ernakulam and Idukki districts of the state for August 1.

Orange alert has been issued in eight districts for August 2, 12 for August 3 and 12 on August 4, according to an IMD district rainfall forecast issued for Kerala at 1 PM on Sunday.

Isolated rainfall likely in Kerala for next 5 days due to cyclonic circulation ...