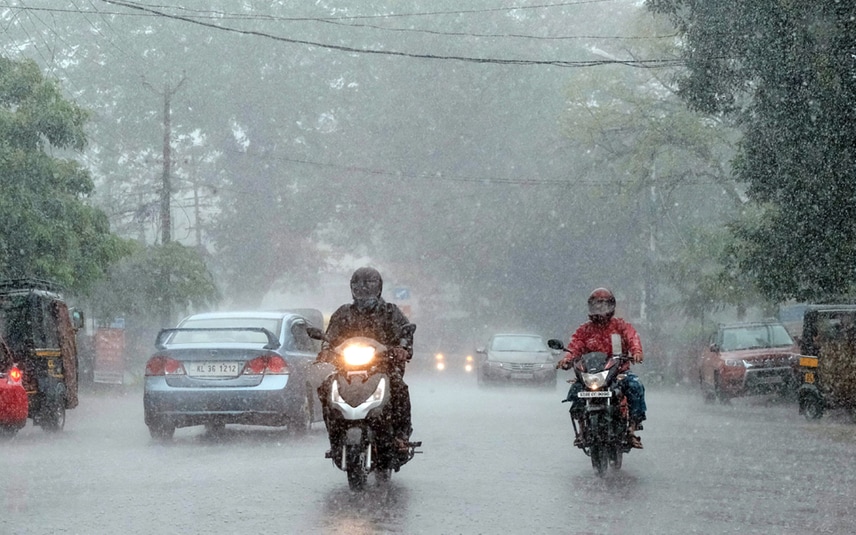 Thiruvananthapuram: As the IMD has predicted red alert for two districts on Saturday and orange alert for the southern districts in Kerala till May 16, Chief Secretary V P Joy called a high-level meeting of the district collectors and issued directions to open relief camps if necessary.

In the meeting, he directed the district collectors to set up an alarm system to alert the people in case of any emergency.

Government sources said a control room has already been set up in the state to deal with the emergencies. The meeting also directed the collectors to shift the people from the areas prone to flooding.

"Directions have been issued to arrange relief camps if necessary. Food and drinking water will also be ensured there," the sources said.

The India Meteorological Department (IMD) on Saturday issued a red alert for Ernakulam and Idukki districts of Kerala for Saturday indicating extremely heavy rainfall and an orange alert for southern districts till May 16.

An orange alert has been issued for Thiruvananthapuram, Kollam, Pathanamthitta, Alappuzha, Kottayam and Thrissur districts till May 16.

The IMD said squally weather with wind speed reaching 40-50 kmph is likely to prevail over the Kerala coast and advised fishermen not to venture into sea till May 16.

The weatherman has also issued a yellow alert for Malappuram, Kozhikode and Wayanad districts on these days.

The Idukki district collector said in view of the red and orange alert in the hilly district, a ban on trekking has been imposed but tourists can visit the places.

Since it was raining in the southern part of the state for the past few days, the district administrations have issued warning to people staying in low lying areas, on the banks of the rivers and hilly regions to remain vigilant. PTI

Thundershowers likely in Kerala till Tuesday; IMD issues Yellow alert in many districts