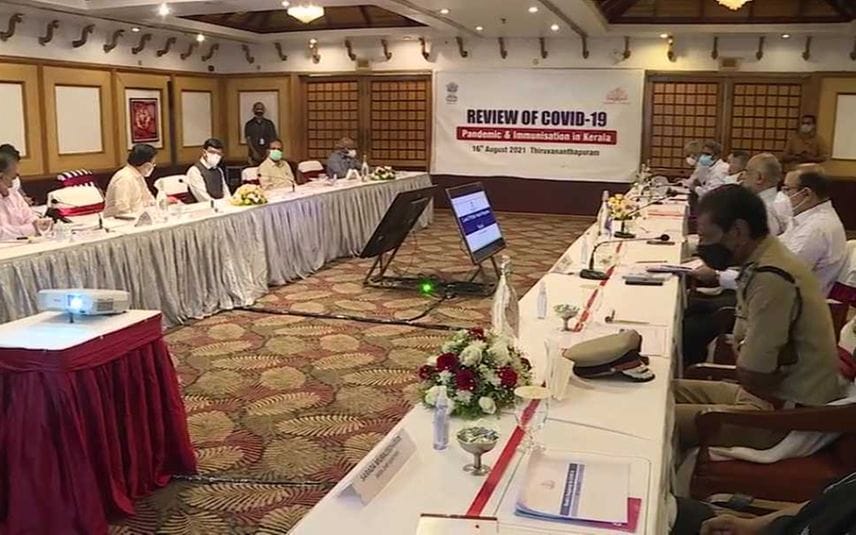 Thiruvananthapuram: Union Health Minister Mansukh L Mandaviya said that more vaccines will be made available to Kerala here on Monday. He reached Kerala to assess the covid situation in the state.

The central team led by Mandaviya held discussions with Chief Minister Pinarayi Vijayan and Health Minister Veena George. Union Health Secretary Rajesh Bhushan said that Kerala is ahead of the national average in vaccination and the covid death rate in the state is low.

The state has been in talks with the Central government to allot at least one crore 11 lakh vaccines to Kerala for August and September. The health minister said the availability of the vaccine would be ensured in a phased manner. He said that Kerala will be able to procure the required vaccine as the country has increased the production.He also lauded the covid prevention activities in Kerala.

Taking to twitter Mandaviya said that besides the Rs 267.35 crore an additional Rs 1 crore would be made available to each district of Kerala for creating a medicine pool.

He also tweeted that the "Central Govt will ensure creation of a Centre of Excellence that caters to Telemedicine Facilities in every district in Kerala. For prioritising the health of children, paediatric ICU to be established in district hospitals with a 10 kilo-litre liquid oxygen storage tank facility."

However, Health Secretary Rajesh Bhushan suggested that Kerala should pay more attention to contact tracing and intensify measures to combat the spread of the virus. He also pointed out that in Kerala that if a person is infected with covid, the disease is likely to spread to their friends and colleagues. He also stated that in other states it is possible to contain the spread of the disease to relatives only rather than the trend in Kerala. The central team also alerted the state to be more vigilant considering the onset of Onam celebrations.