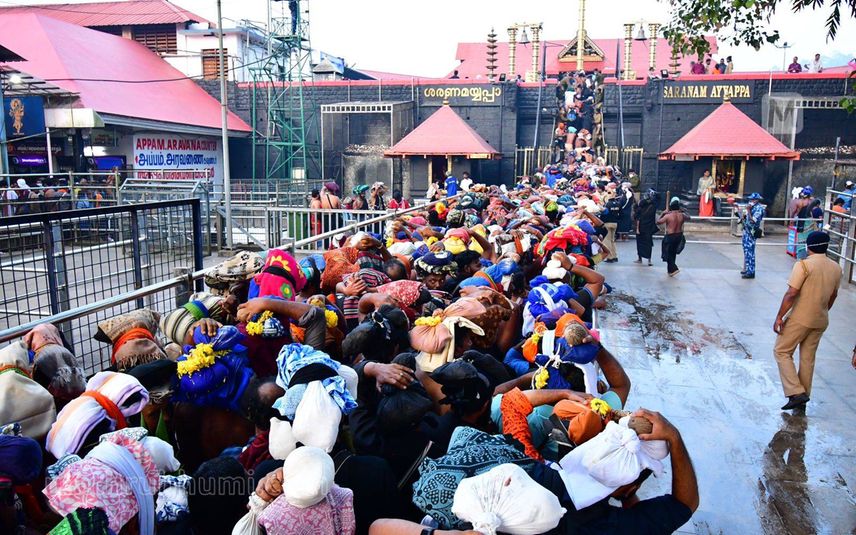 Kochi: The Kerala High Court here on Tuesday restricted the government from approving helicopter services and VIP visits to Sabarimala Ayyappa temple. The court issued the order after a private aviation company offered helicopter services to the hill shrine.

In its order, the court directed the Travancore Devaswom Board to ensure that no special consideration is given to any devotees at Sannidhanam.

“ Every pilgrim is an ordinary Ayappa devotee once he or she reaches Nilakkal. They don’t demand any VIP treatment,” observed the court.

The court added that providing special arrangements in the name of VIP visits should be strictly avoided.

A few days back, Enhance Aviation, a private firm published a commercial advertisement offering helicopter service from Ernakulam to Sabarimala. As the advertisement made headlines, the court took a suo motu case against it. The court issued the order after seeking an explanation from the company and government in this regard.

It is noted that Enhance Aviation Services Ltd. was offering helicopter services for Sabarimala pilgrims, on its website 'helikerala.com'.

On last month's special sitting, Court observed that "considering the fact that Sabarimala and its vicinity has been declared as Special Security Zone in terms of the notification issued under Section 83(1) and (2) of the Kerala Police Act, 2011 and taking note of various aspects of crowd management and other security aspects in Sabarimala, as pointed out in the report of the Assistant Inspector General of Police, various directions have been issued restricting the movement of vehicles from Nilakkal and prohibiting parking of vehicles on the roadside from Nilakkal to Pamba. Despite all such restrictions, the 11th respondent (Enhance Aviation Services Ltd) offered darshan and other facilities to Sabarimala pilgrims as part of its Helicopter Service Package without obtaining any permission whatsoever from the Travancore Devaswom Board."

"The 11th respondent (Enhance Aviation Services Ltd) offered helicopter services to Nilakkal, which falls under the Special Security Zone notified under Section 83 (1) and (2) of the said Act, even without obtaining necessary permissions from the Ministry of Civil Aviation, the District Administration, the District Police and also the Travancore Devaswom Board," it further observed.