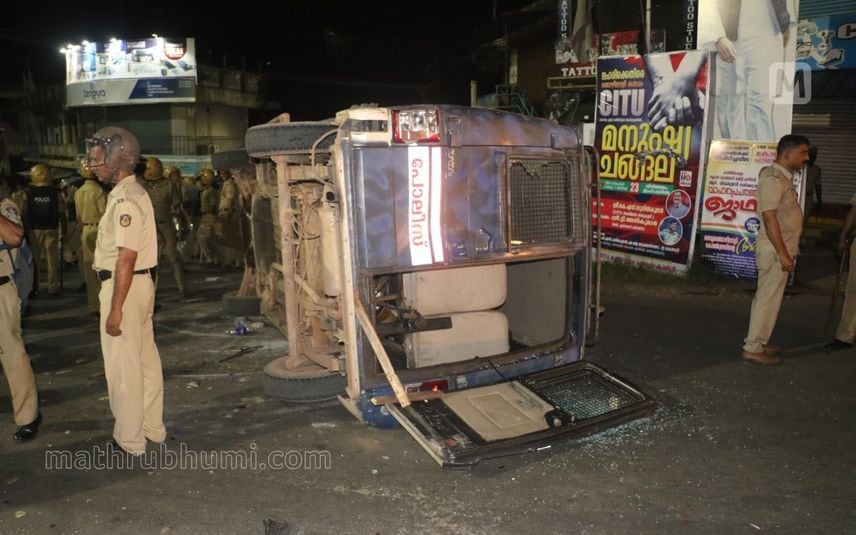 The police vehicle that was destroyed by the Vizhinjam protesters | Photo: S Sreekesh/ Mathrubhumi

Kochi: The Kerala High Court here on Monday dismissed a Public Interest Litigation seeking an NIA probe into the violence that erupted in Vizhnjam as part of the protest against the port construction. In the plea, the petitioner Gopakumaran Nair noted that Kerala police have turned a failure to handle Vizhinjam issue and demanded a probe under central agencies.

Meanwhile, the court questioned the petitioner for demanding an NIA probe days after the police registered a case. A division bench including the chief justice dismissed the PIL after observing that there is no need for an NIA probe into the violence including the police station attack in Vizhinjam.

“Police already registered a case into the incident a few days back. At this juncture, there is no need to hand over the case to a central investigation agency,” asserted the court.

The court also asked the petitioner whether he has any idea about the NIA act. As per the NIA act, an NIA probe will be initiated over terror-related activities which affect the sovereignty, security and integrity of India.

In the PIL, the petitioner also demanded to book all the people who took part in the protests against Vizhinjam port. But the court also dismissed this request.

“If 10,000 people participate in a protest, how could police book them. Let the police investigate the case,” said the court.