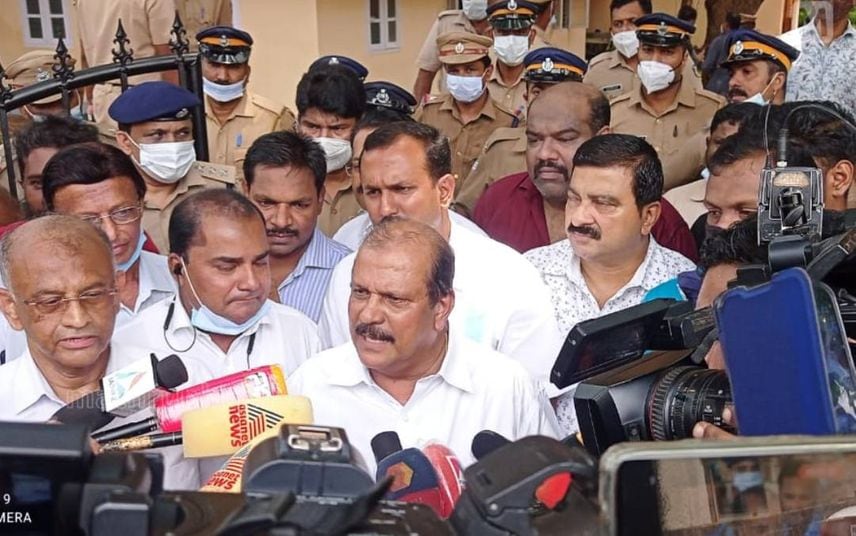 Thiruvananthapuram: Former MLA PC George, who was arrested in relation to his controversial speech at Ananthapuri Hindu Mahasabha ‘Mahasammelan', obtained bail from the magistrate of Vanjiyoor court Asha Koshi. PC George informed that he was granted bail under the conditions of not repeating any similar hate speeches or attempting to influence the witnesses in the case.

He was produced at the residence of the magistrate since the court was on holiday. PC George underwent a medical examination at the AR camp in Nandavanam.

Police had sought custody of P C George for 14 days. In the remand report, police opined that if the former MLA is let out on bail then it is likely he may threaten the witnesses.

The remand report stated that P C George had attempted to create communal divide in the society. If he is given bail then there are chances for the investigation to be hindered.

Senior Kerala politician P C George was arrested by police on Sunday for his alleged controversial remarks against Muslims.

He was taken into custody early in the morning from his residence in Erattupetta in the Kottayam district and taken by road, in his personal vehicle, to the Thiruvananthapuram AR Camp where his arrest was formally recorded for the offence of promoting enmity between different religious groups under section 153A of the IPC.