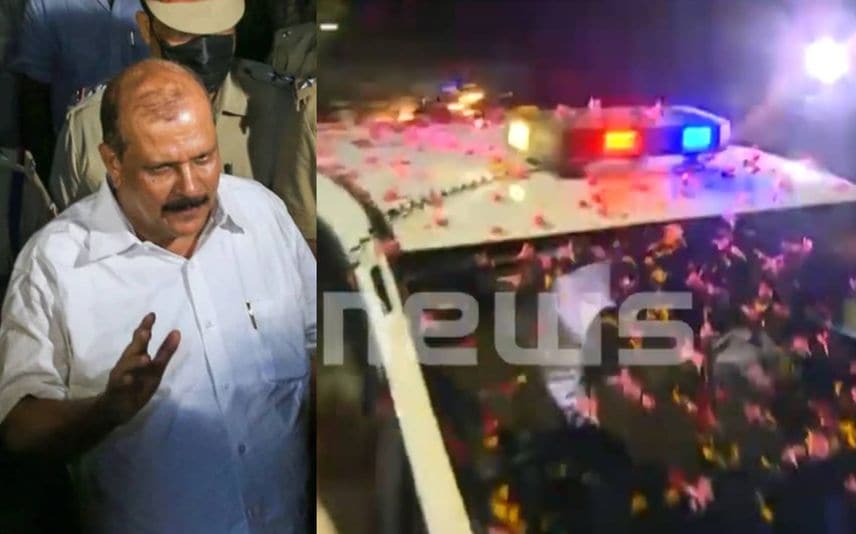 Thiruvananthapuram: Police arrested former MLA PC George and brought him to the AR police camp in Thiruvananthapuram for violating the bail conditions in the hate speech case registered against him. His son Shone George informed that PC George will be produced before the magistrate on Thursday morning.

A team of police officers left Kochi at 10 pm with PC George and arrived in Thiruvananthapuram within 2.30 hours. BJP staged demonstrations at Attingal town, Navaikulam, Mangalapuram, Ambalapuzha and AR camp and raised slogans supporting PC George. A team of police officers were deployed here. Shone handed over the necessary medicines of PC George to the cops who were accompanying him.

The march of INL workers in front of the AR camp by 12 am led to an open clash with BJP activists here. The protesters were arrested and removed from the site under the Kazhakootam Cybercity Assistant Commissioner.

The security vehicle of P C George also hit Chanthavila native Mohammed Basheer but the injuries were minor. The incident happened by 12.15 am, when Basheer was crossing the road. He was admitted to the Govt Medical College here.