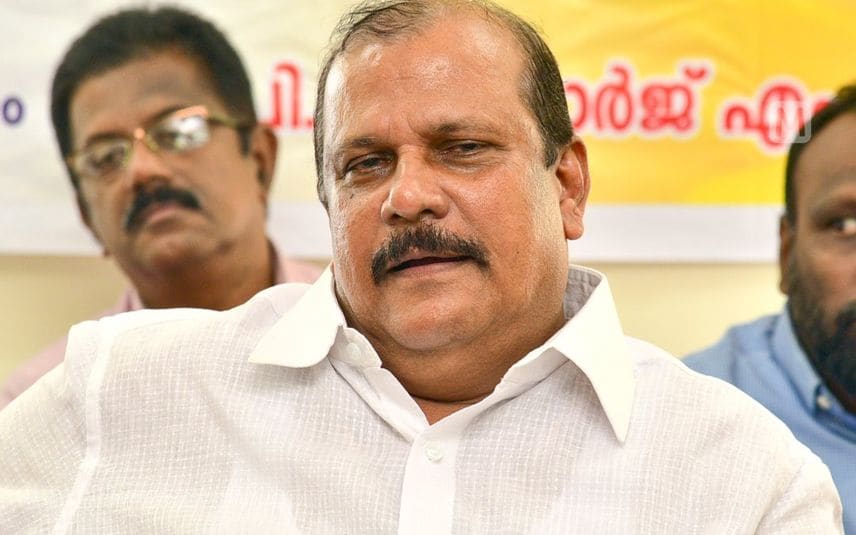 Thiruvananthapuram: Former MLA and Kerala Janapaksham (Secular) leader, PC George has been receiving flak for his hate speech against Muslims. Amid this CPM has come up with its stand on the matter.

CPM state secretariat in its statement pointed out that George’s remarks evoke moral outrage and the latter’s speech cannot be considered as his usual aggressive remarks. Notably, George is known for use of aggressive remarks, insensitive statements, obscene language and communal spin.

According to the CPM’s statement, George’s statement comes at a time when communal groups are trying to polarize people of different faiths.
In its statement, CPM has demanded an apology from PC George for the remarks.

However, the statement is silent on legal action or other procedures against the former Kerala Congress (M) leader who has swapped his political alignment to major fronts, multiple times.
Meanwhile, George who tasted electoral defeat during his one-man army pursuit in his political career has been in limelight for legitimizing Hindutva spins targeting minorities.