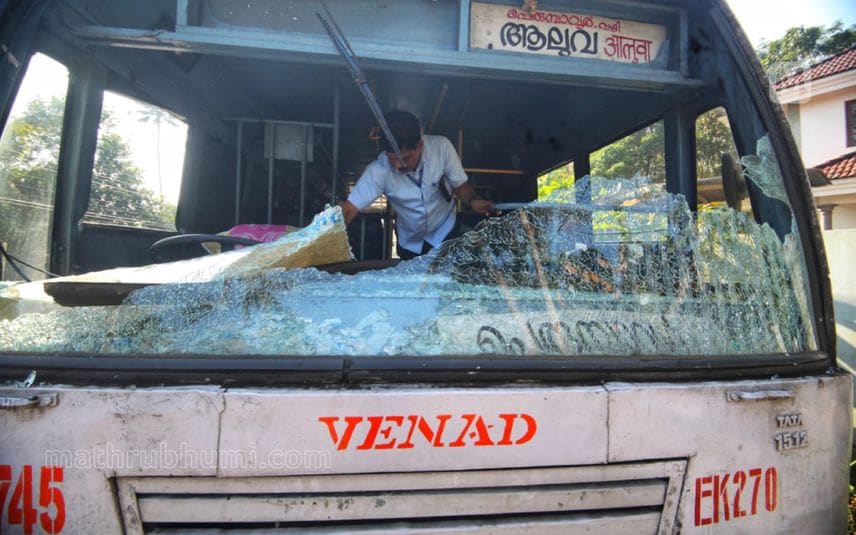 Thiruvananthapuram: Kerala State Transport Corporation (KSRTC) has suffered a loss of over Rs 30 lakh from the attacks against its buses during the statewide dawn-to-dusk hartal called by Popular Front of India on Friday. Transport Minister Antony Raju informed that over 51 buses were attacked by the hartal supporters.

“ Today, KSRTC operated 60 percent additional buses. But hartal supporters pelted stones at 51 buses. 11 employees suffered injuries in the attack,” said the minister.
He asserted that KSRTC will take legal action to settle the loss incurred from the violence.

Earlier, he had declared that KSRTC will continue to operate the services ignoring the attacks.

"Our intention is to provide maximum service to the commuters who are facing difficulty to travel during the hartal day. Police will surely take action against those who resort to violence and destruction," he said.

Meanwhile, police have registered case against these protesters under Prevention of Damage to Public Property Act.

Stones were pelted at KSRTC buses in almost all districts including Thiruvananthapuram, Kollam, Kozhikode, Wayanad, and Alappuzha.

Sevaral buses were largely destroyed as its glasses were broken and seats were damaged.