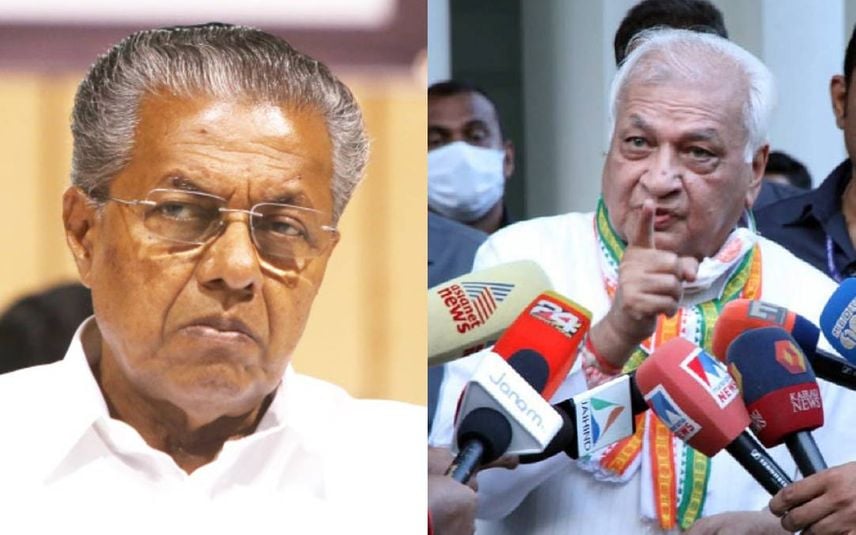 Kochi: Kerala Governor Arif Mohammed Khan on Saturday came down heavily on Chief Minister Pinarayi Vijayan for his statements against him the other day. Khan said he is happy that CM had come out from behind the curtain.

He fired a fresh salvo against Pinarayi regime and criticised the government’s inaction on the murder attempt against him at Kannur University in 2019.

“Kannur VC conspired in the murder attempt and I have evidence to show. Though I filed complaint multiple times, there was no action. Who is looking over home affairs?” he asked.

" You are trying to denigrate and demean the office of the Governor.You have tried every trick in the box to pressurise me and try to frighten me," he added.

He also took a dig at the CM over University Laws Amendment Bill. “Everything will be considered on merit. Government cannot be given the power to operate the Vice Chancellors. I am saying it clearly, this will amount to executive interference,” he said.

The Chief Minister had during a press meet on Friday urged the Governor to keep the decorum of the position he holds. Reacting to Khan's allegations, he asked, "Is this what is meant by the position of a Governor?" He was responding to a query on Khan's statement that he will not allow the University Laws Amendment Bill recently passed by the state Assembly, alleging it seeks to legalise illegalities and pave the way for appointment of "unqualified relatives" of staff of the Chief Minister and his cabinet colleagues.