RB Sreekumar arrested for 'fabricating stories', he did this in my case also: Nambi Narayanan 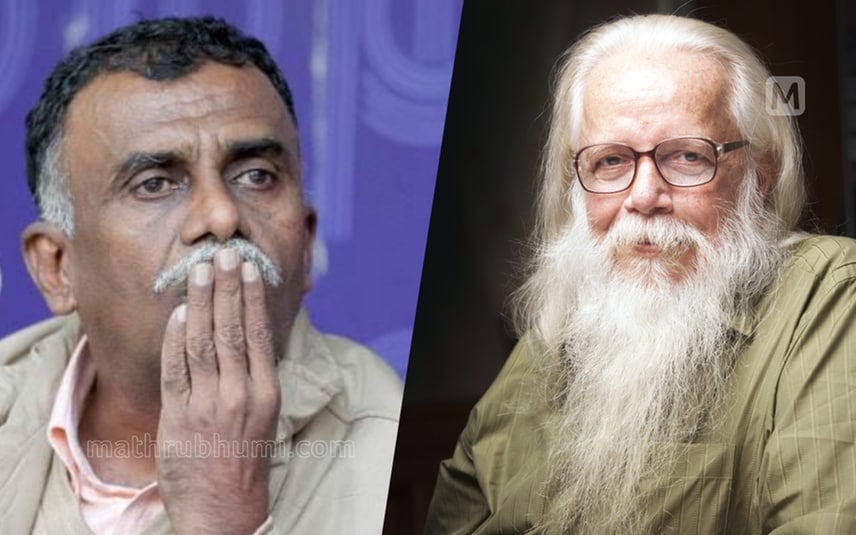 New Delhi: Expressing satisfaction over the arrest of former IPS officer RB Sreekumar by Gujarat Police on Saturday, former ISRO scientist Nambi Narayanan said action had been taken against the retired police official for "fabricating stories and trying to sensationalise them" and "it is exactly what he did in my case also" over the 1994 ISRO espionage case.

Former Gujarat Director General of Police RB Sreekumar was arrested by Gujarat Police on Saturday, a day after Supreme Court ruling on June 24 which upheld the clean chit given to Prime Minister Narendra Modi by a Gujarat court in the 2002 riots case.

Speaking to ANI over the phone, Narayanan said that the former officer was "crossing all limits of decency" and "there is limit to everything".

"I came to know that he was arrested today for keeping on fabricating stories and trying to sensationalise them, there was a charge against him. It is exactly what he did in my case also. But our system is such that anybody can say any loose statement and get away with it. This is what some responsible people at bigger positions also keep on doing," Narayanan said.

"Now that it is shown by Supreme Court that you can't do it anymore. So they must be behind the docks. That way, I am very happy to know that he is being arrested because there is a limit for everything. I think he is crossing all the limits in terms of decency, in terms of judicial prudence," he added.

Narayanan accused Sreekumar of making false statements about him.

"I personally feel whatever he is charged with is applicable to my case also. One day he will say that I am corrupt. It has nothing to do with the case, it is closed. But again he will say, he will bring someone else to say this. This is what he has kept on doing. Now I hope that he will stop doing that. He should also be punished for that," he alleged.

Narayanan said no one should be allowed to take advantage of loopholes of law.

"When he was arrested I was very happy because he will keep on doing this kind of mischief all the time, there must be an end to such a thing. That is why I said, I am very happy. Same thing applies to me in all respects," he said.

"He will keep on telling something. He will make use of the loopholes of the law and then try to play his cards in such a manner so that you get fed up and run away. So that whatever he is saying becomes true. This is what he has been doing with so many cases. I want to make it clear, this is not on," he added.

The CBI had moved Supreme Court against the Kerala High Court order of August 2021 granting anticipatory bail to four persons including Sreekumar in a case relating to the alleged framing of Nambi Narayanan in the 1994 ISRO espionage matter.

The high court had granted anticipatory bail to Sreekumar and two former police officers of Kerala and a retired intelligence official in connection with the case.

Nambi Narayanan and another former ISRO scientist had in August last year told CBI team probing the ISRO conspiracy case that they were subjected to "mental and physical torture" by former Kerala police and Intelligence Bureau officers. Sreekumar was then the Deputy Director of the Intelligence Bureau. (ANI)