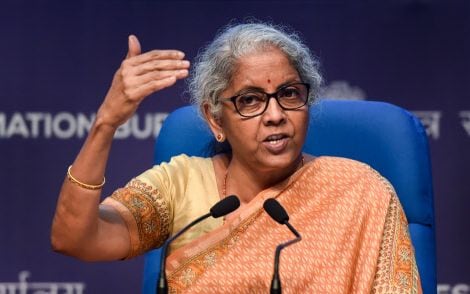 Thiruvananthapuram: Kerala on Thursday said it will vehemently oppose any move to bring petrol and diesel under the GST regime as that will further reduce revenue generation for the state and asserted that the Centre should reduce its levies on the two commodities to provide relief to the common people.

Central excise and state VAT (Value Added Tax) make up for almost half of the retail selling price of petrol and diesel. Bringing them under the Goods and Services Tax (GST) would impact revenue generation for the states.

Talking to PTI, Kerala Finance Minister K N Balagopal said the state will strongly oppose, if there is any move to bring petrol and diesel under the GST regime.

He said the the fuel prices skyrocketed due to the huge increase of its cess by the Centre and if the Union Government reduces the cess, that will help in bringing down the prices of petrol and diesel.

According to him, if petrol and diesel are brought under the GST regime, the state will lose Rs 8,000 crore annually.

In June, the Kerala High Court, based on a writ petition, had asked the GST Council to decide on bringing petrol and diesel within the goods and services tax (GST) ambit.

Five commodities – crude oil, natural gas, petrol, diesel, and aviation turbine fuel (ATF) – were kept out of the GST purview when it was introduced on July 1, 2017 considering the revenue dependence of the central and state governments on them.

Recently, the spike in global oil prices on demand recovery pushed petrol and diesel prices to an all-time high, leading to demand for bringing it under the GST.