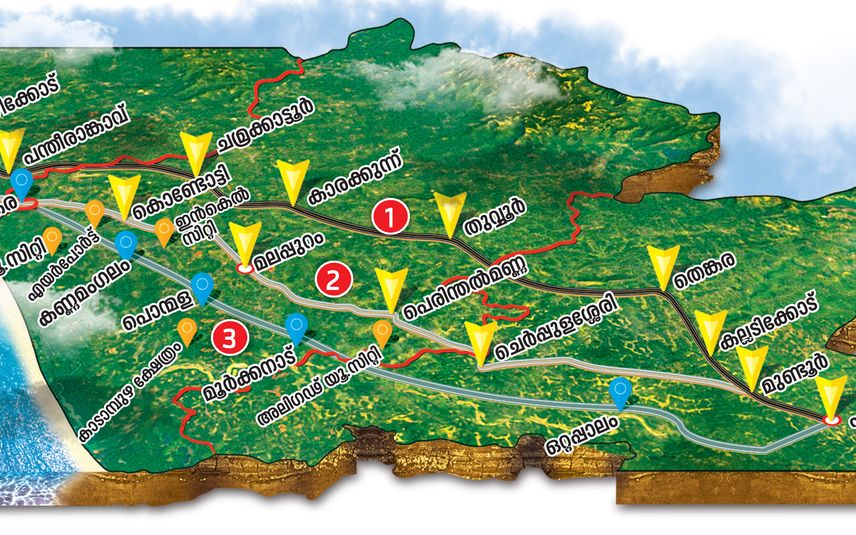 Kondotty: Malappuram district will have a significant advantage with the completion of the Palakkad-Kozhikode Green Field Highway under the Bharatmala project. It is estimated that the highway would prove to be a key element in bolstering the industrial development and connecting various remote villages in the district.

Further, the highway will reduce the travel time between Palakkad and Kozhikode. Currently, a lacklustre attitude of officials and the absence of an atmosphere to set up industries forced even Malappuram natives to set up industrial units elsewhere. With the completion of the highway, the district administration aims to bring more investment to the areas near the highway. It is estimated that this could bolster the regional economy, create job opportunities and real estate businesses and resolve the traffic congestion in the district. With inter-state vehicles carrying goods relying on the highway, the traffic congestion in towns can be reduced by a minimum.

Additionally, the authorities said that there is also a minimal chance of people losing their lands or getting thrown out of their homes since the highway goes through the least populated areas.

The highway goes through Nilambur, Eranad, Kondotty, Perinthalmanna, and 15 other villages. 304.593 hectares of land were acquired from these areas for the project.

Compensation is determined by various criteria, including the price attained in land sold at the highest price in the area. Further, people also receive a settlement for buildings and other materials. Overall, the people will be paid more than the 100 per cent compensation determined in this manner. Such compensation is known as 'solatium'. An average of Rs 20 crore per hectare (2.47 acres) was paid for the six-lane road.