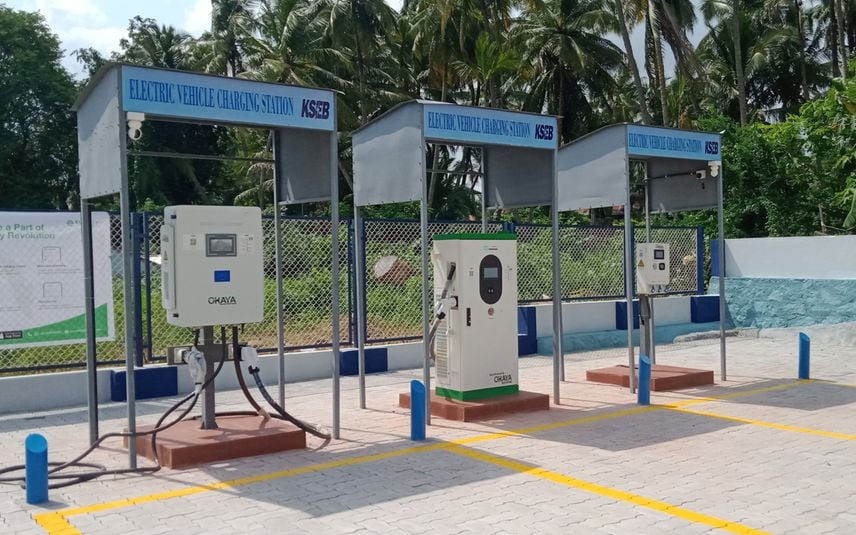 The minister inaugurated a chain of seven fast charging stations and 148 pole-mounted stations, which facilitate the charging of electric auto-rickshaws and two-wheelers.

The passengers can charge vehicles at a considerably low cost from the pole-mounted stations as the project expenditure was very low. Earlier, 10 pole-mounted charging stations were established in Kozhikode on an experimental basis. Later, the project has been expanded all over the state because of the successful operation of these stations. According to a tender, the government had entrusted Genesis Engineering and Contract to set up these centres. A production cost of Rs 51.8 lakh has been estimated for the project.

Last year, the construction of 43 fast charging stations was completed in different parts of the state. Out of the 56 stations proposed, seven stations were in Kozhikode district. Charging stations with a capacity from 10 KV to 60 KV were installed here. The government had spent Rs 15 lakh on these stations.

Projects worth Rs 52,238 crore to be launched in Kerala for curtailing climate change

1,140 pole-mounted charging stations for e-autos to be set up across Kerala

Man sets fire to his house in Pathanamthitta; use of psychotropic substances ...