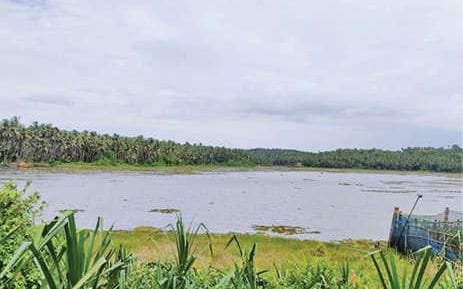 Elathur: A Detailed Project Report (DPR) to explore the tourism potential of the Narayanan Chira, a freshwater lake in Kozhikode, has been prepared. The DPR will be submitted to the concerned department within a week.

An expense of Rs 12.20 crores have been estimated for the project. Ministers Roshy Augustine and AK Saseendran had visited the site a few months back and had given guidelines for the project.

In order to convert the location into an alluring tourist site, a boat berth, walkways, decorative lamps and seats will be installed. The project also aims to adorn the site by setting up a variety of bamboo groves.

The project also covers the Cheerp bridge at Mukkathu Thazham located near the lake. New shutters will be installed here as part of renovating the Pavayil Cheerp bridge. After interlocking the bund, seatings for visitors and lamps will be set up.

The natives hope that the tourism department will take up developments of the lake and nearby sites later if the water resources department initiates the project.

During the term of the first Pinarayi government, Rs 20 crore was set aside in the first budget for the conservation of Narayanan Chira by including it in KIIFB. The fund had been raised for the drinking water project. As the water resources department has a separate drinking water project, attempts to hand over the fund to the irrigation department are under progress.