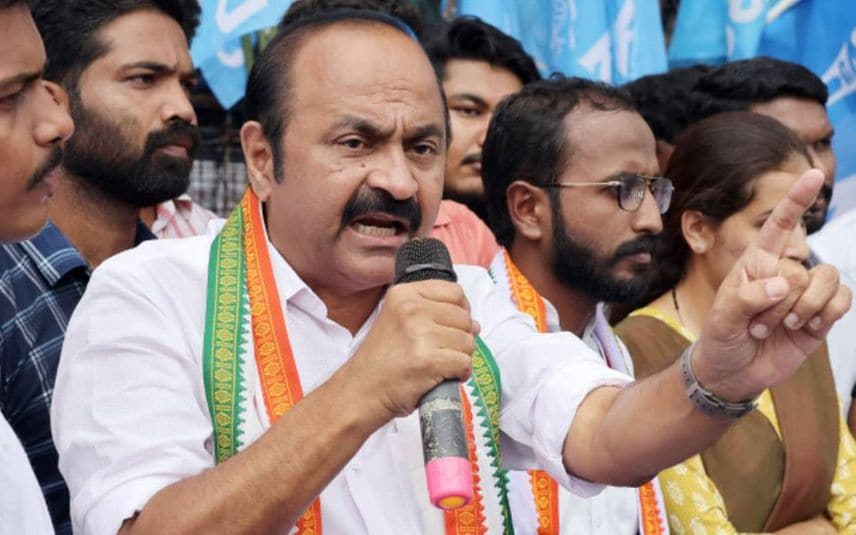 Thiruvananthapuram: Opposition leader VD Satheesan said on Monday that the government was withdrawing from the Silverline project in stages because of the embarrassment to pull back at once.

He was referring to the order of the revenue department to transfer the officials from the K-Rail to their mother department.

Silverline cannot be implemented in Kerala. The opposition would not allow its implementation under any circumstances, Satheesan said.

On Vizhinjam protests, he said the government provoked the protestors by charging the archbishop.

“The opposition has repeatedly demanded that the Chief Minister must hold direct talks to end the protest by the fishermen in Vizhinjam. We had also warned that the protests would turn dangerous if it was not resolved. Opposition will never encourage violence. The government is responsible for the violence that broke out on Sunday,” Satheesan said.

The opposition leader further said that the government provoked the protestors by filing conspiracy charges against the archbishop and auxiliary bishop and naming them as the main accused in the case.

The Congress leader said that the government decision to recover from the protesters the Rs 200 crore loss suffered by the Adani group due to the protest cannot be justified. “In that case, the losses that Kerala incurred in the last 50 years due to protests of CPM would have to be recovered from them,” he added.