Vinod’s parents said that they were concerned about political influence being utilized to save the accused and hence they demanded to change the prosecutor. 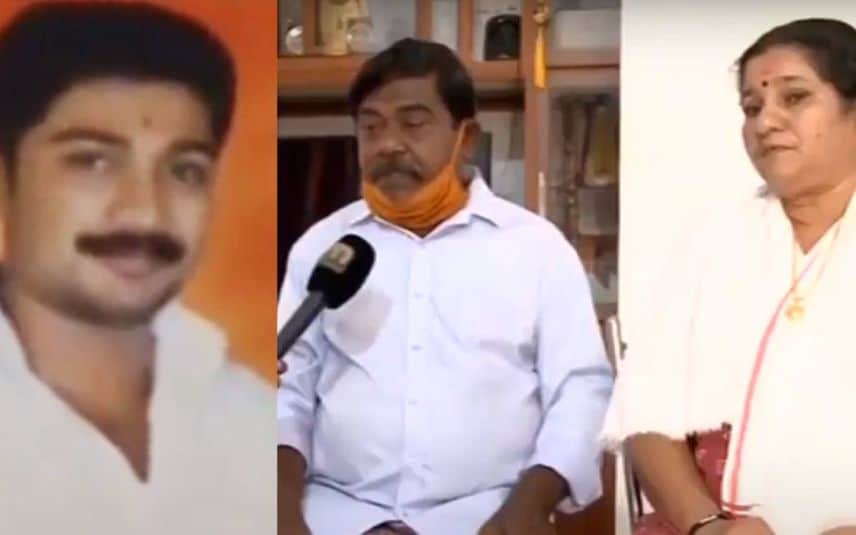 Vinod Kumar who was killed (left) and his relatives speaking to the media | Photo: Mathrubhumi News

Kochi: The state government has denied the prosecution the services of a special prosecutor in a case in which the Health Minister’s private secretary and DYFI leader was named as accused.

The government move pertains to the murder of BJP activist Vinod Kumar, a native of Cheruthazham in Payyannur. Vinod’s mother said that the government denied them the services of a special prosecutor to sabotage the case.

The charge sheet was filed in 2014. Health Minister K. K. Shailaja’s private secretary P. Santhosh is the 13th accused in the case. Vinod’s mother A. V. Sobhana had urged the Home Department to appoint Adv. P. Premarajan as the special prosecutor to conduct the case proceedings at the Thalassery Sessions Court. The Kannur SP had given a report in favor of Sobhana.

However, the government dismissed the demand stating that the case was not significant enough for the appointment of a special prosecutor.

Later, Sobhana moved the High Court demanding the services of a special prosecutor. The petition was filed along with documents citing cases which were important to the CPI (M) and where special prosecutors were appointed. In the petition, the victim’s mother also said that they will not receive justice if the present prosecutor was allowed to move forward with the case.

Vinod’s parents said that they were concerned about political influence being utilized to save the accused and hence they demanded to change the prosecutor.

Vinod Kumar was murdered on December 1, 2013. Vinod was hacked to death at Perumba while he was heading to Kannur to take part in the event to pay homage to slain BJP leader K. T. Jayakrishnan master. There are 13 accused in the case including CPI (M) and DYFI leaders.