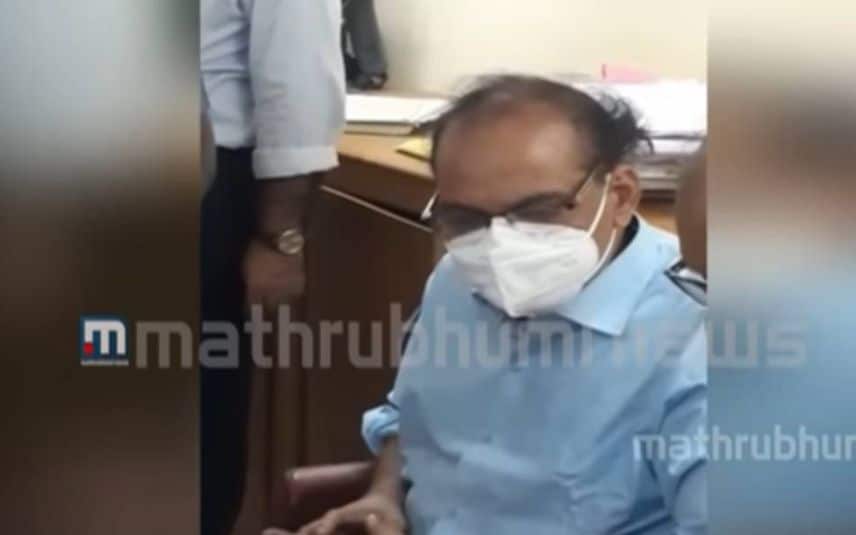 Thiruvalla: A vigilance team has nabbed a senior clerk of the Kadapra Grama Panchayat in Pathanamthitta while taking a bribe here on Monday. PC Pradeep Kumar, a native of Thakazhi, was arrested based on a complaint lodged by a woman from Valanjavattom. The officials also seized Rs 15,000 from him.

The complainant approached Pradeep Kumar for the transfer of ownership of a building. However, he demanded a bribe of Rs 40,000 to initiate action on the request. Later, the amount was reduced to Rs 25,000. As a first instalment, the woman handed over Rs 10,000. However, Pradeep Kumar continued to contact the complainant demanding the rest of the money. With this, the woman approached the vigilance officials revealing the incident.

Pradeep Kumar was arrested after he accepted the bribe in the presence of a vigilance official. Earlier, he had directed the woman to pay the money outside the office. He was then informed that the money would be transferred inside a vehicle. Following this, he boarded the vehicle of the complainant. However, he was unaware that a vigilance official was accompanying the woman. During the journey, the complainant handed over the money. Following this, he was taken into custody by the vigilance team.