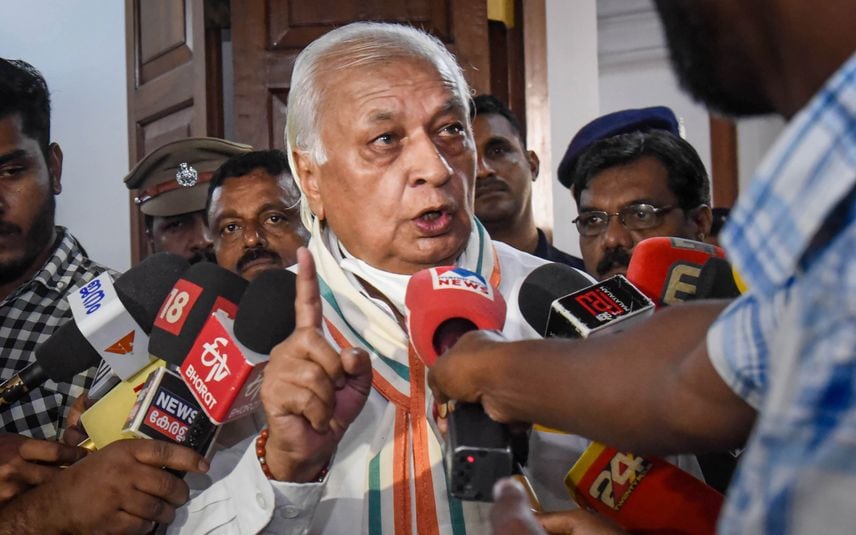 “Governor’s position as the ex-officio chancellor is not because of the sweet will of any state government. Governor was the chancellor of universities even before the formation of Kerala state. It is not a favour done by the state government to the governor. It is something on which national consensus has been built,” said the governor.

Governor said that his duty is to ensure the universities are free from executive interference and thereby safeguard the autonomy of the universities. He warned the court’s intervention if the state government intends to execute its plans illegally by violating the regulations of the University Grants Commission.

Governor pointed out that it is his duty to assure the appointments are not made to quench nepotism or favouritism. The appointment of ineligible candidates will not be entertained, said the governor.

Taking a dig at Vijayan, he said if the CM was not aware that someone from his office was directing the Vice-Chancellor of Kannur University to appoint a relative, "it shows how incompetent he (CM) is."

"If he (CM) knew about it, then he is equally guilty," Khan said here a day after arriving from Delhi.

He also rejected queries on whether a "cleansing act" was going on in the universities.

"Not a cleansing act. Universities have to be restored to their pristine glory. They have to be free from this 'bhai-bhatijavad', this nepotism," Khan said.

The governor also responded to the officials’ reluctance to cooperate with the interim vice chancellor of Technical University Ciza Thomas. He said that the question is whether the officials are hindering the duties of VC or refraining from extending support.

"If it is a question of support, you can ask someone else to provide it. That is different. If obstructions are being created in the performance of her official duties, then it is clearly a criminal offence. Then we will have to take notice of it," he said.

Khan also referred to the recent controversy related to some appointments in the Thiruvananthapuram Corporation, by saying that "now from corporations to universities only cadre people will be appointed."