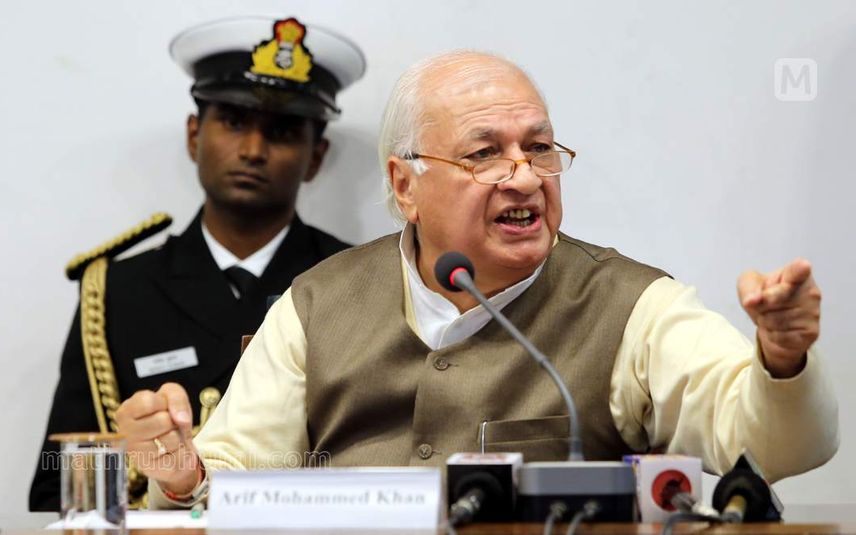 Thiruvananthapuram: Kerala governor returned the recommendation of the state cabinet to reduce the jail term of the 33 convicts, including Manichan, who was sentenced in connection with the Kalluvathukkal hooch tragedy.

In 2018, the High Court had directed the Kerala government to submit guidelines to reduce the punishment of certain convicts. The report filed by Advocate General in reply to the court's order pointed out four key points. Those who are sentenced in cases related to sedition, violence against women and children, POCSO case and drugs shall not be offered with any kind of favours in the punishments awarded to them.

However, the 33 convicts suggested by the government to reduce their respective prison term include many who have committed the above-mentioned crimes. The list constitutes the captives in Kalluvathukkal and Kuppana hooch tragedy, a convict who was imprisoned for sexually assaulting a hearing impaired person another who molested and impregnated own daughter and many more.

After analysing the list, the governor noted that some of these convicts have figured in the list violating the existing government order. They have to be removed from the list or the order has to be amended in a way to consider them too. The state government will have to explain the criteria by which the officials added the names of the convicts by violating the order. The convicts recommended for granting reduction in the jail term include those who are sentenced with life imprisonment and those who have already completed imprisonment over 20 years as of now. The government has decided to release the convicts in association with the 75th Independence Day celebrations of the nation.

The petition filed by Manichan’s wife requesting to reduce his punishment is under the consideration of the Supreme Court. The court has directed to take a final decision within a month. Though the governor is not a party in the case, he has demanded details regarding the case from the government.