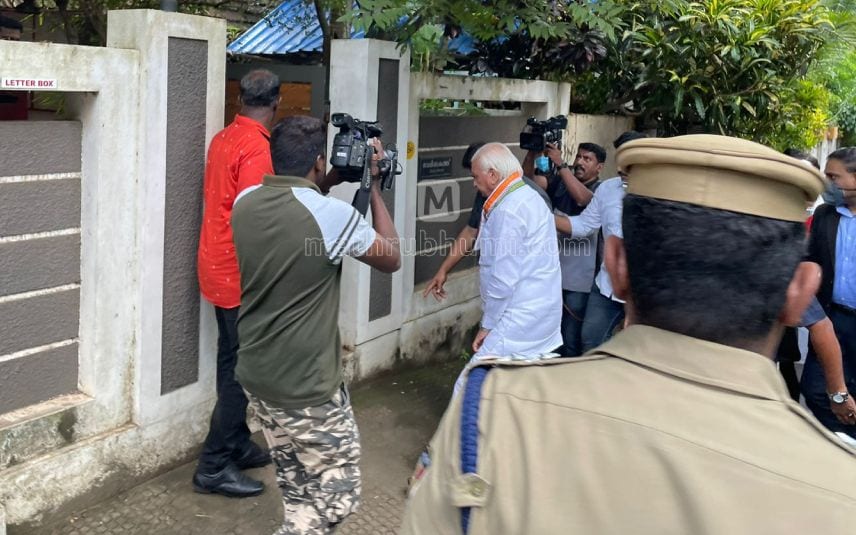 Thiruvananthapuram: Kerala Governor Arif Mohammad Khan on Tuesday visited former Chief Minister VS Achuthanandan as the former’s fight with the state government intensifies. Khan visited the CPM leader at his residence at Barton Hill in Thiruvananthapuram.

The governor was unable to visit the former chief minister on his 100th birthday as Khan was not in the state capital. Khan reached Achuthanandan’s residence at 10 am. The meeting lasted for about 10 minutes.

Khan did not react to any of the ongoing issues with the state government while returning.