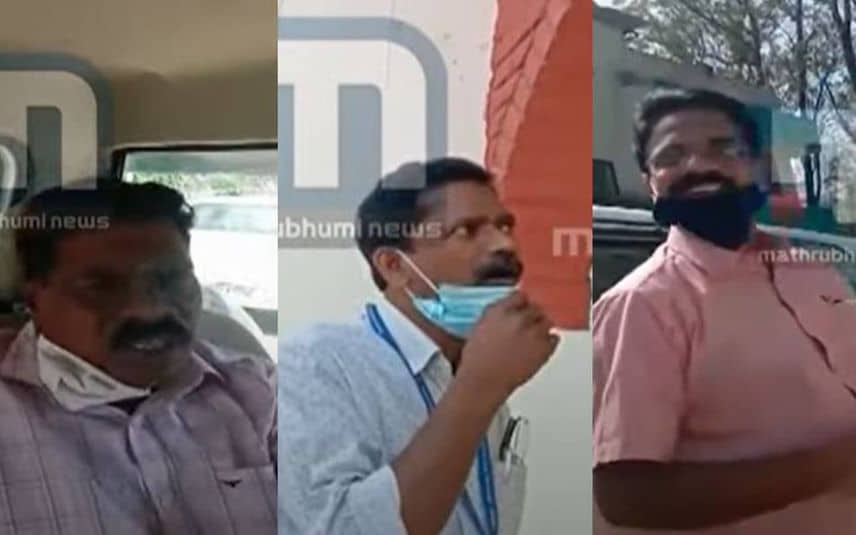 Idukki: The visuals showing government officers engaging in bribery to legalize fake title deed in Munnar have come out. Mathrubhumi News obtained the visuals of officers and middlemen engaging in discussions to reorder 3 title deed numbers in Anaviratty village. The visuals exposed the corruption of two tehsildars and one surveyor.

Special Tehsildar P P Joy was appointed as the officer to find the fake title deeds and stop the mutation of property in Munnar. He had faced action before for similar illegal activities.

In the video, Tehsildar R Radhakrishnan can be seen advising on matters for legalizing the title deed.

It is clear from their conversation that they were talking about a title deed which issued in 1993.

Since the visuals came out, the officials have been trying to submit a report rejecting 'Pokkuvaravu' process of Anand's property.

Revenue Minister K Rajan responded that the visuals aired by Mathrubhumi news are very serious and called for a detailed investigation in the matter. The minister also made it clear that strict action will be taken against the corrupted officials.