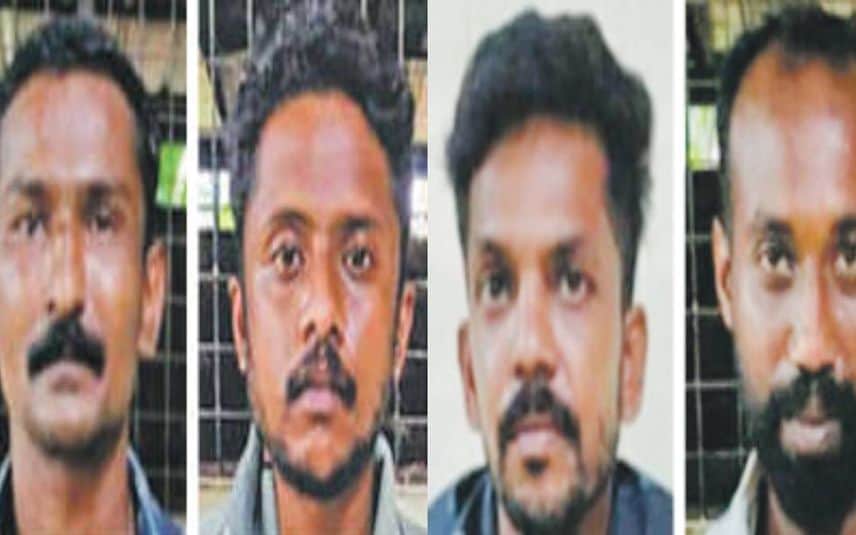 Karikodu (Kollam): Police nabbed four youth for assaulting a man who filed a complaint against them for pestering his wife.

Linju Thankachan (35), Rajeev (26), Ashik Jeevan (26) and Sreekanth (39) were arrested by the Kilikollur police for inflicting injuries on Chathinamkulam native Jayakumar. The four accused are also suspects in many criminal cases.

While performing a dance programme in the festival of Karunnamani temple in the locality, the wife of the complainant was hounded by the accused. Following this, Jayakumar filed a complaint at Kilikollur police, pointing that the four men harassed his wife. It was to avenge this that the assailants arrived at Jayakumar's house and hacked him with deadly weapons in front of the family members.

Jayakumar was taken to hospital by Kilikollur police and the control room police. The assailants, who were on the run, were later booked in a detailed probe conducted by three teams of police, under the supervision of Kollam ACP Vijayakumar. Police informed that 28 cases existing against the key accused Linju Thankachan, also known as Roy and 12 cases against Rajeev.