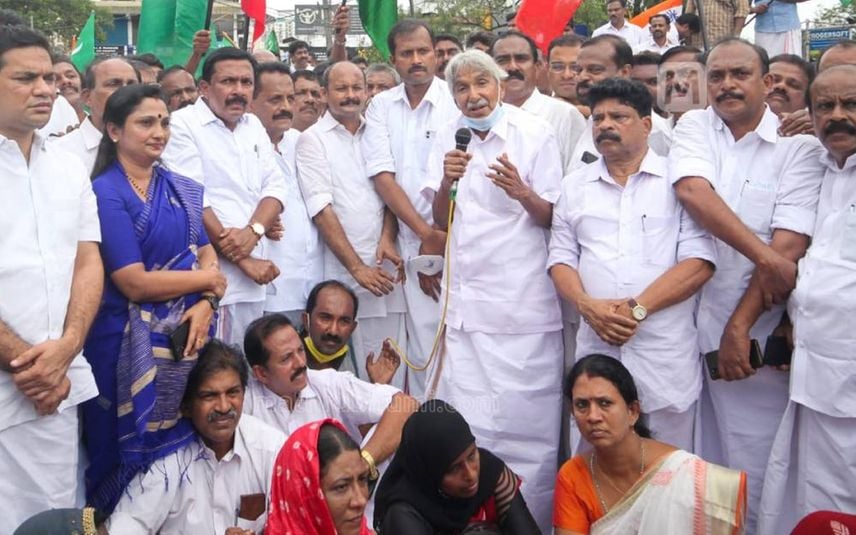 Thrissur: The opposition Congress-led United Democratic Front (UDF) on Saturday took out protest marches to district collectorates across Kerala demanding a comprehensive probe into the allegations that have cropped up against Chief Minister Pinarayi Vijayan and his family members in the gold smuggling case.

Besides the district headquarters, a protest rally was taken out to the Secretariat, the administrative hub, in the state capital also.

Senior front leaders, MLAs and former ministers led the marches in various districts criticising the stand being taken by the Left government and the Chief Minister on the issue.

Inaugurating the protest rally here, Leader of Opposition in the state Assembly V D Satheesan alleged that the Chief Minister and his government were on the defensive on the issue.

"Several serious allegations have been levelled against the Chief Minister in the case. We have raised many questions in and outside the Assembly over the issue but neither Vijayan nor any of his party collegues have given any clear answer," he said.

The Congress leader said the Marxist veteran should answers the questions being raised by them.

He also alleged that those who want to shift the focus of the attention in the gold smuggling case were behind the recent attack against the AKG Centre, the CPI(M) headquarters in Thiruvananthapuram.

Senior leader Ramesh Chennithala, who flagged off the rally in Kollam, asked why the Chief Minister was yet to file a defamation suit against Swapna Suresh, the prime accused in the gold smuggling case, if her recent revelations against him were wrong.

The UDF has been criticising the Chief Minister in the gold smuggling case for some time after Suresh came up with some startling revelations against him, his family members and some top bureaucrats.