In the statement to Customs, Swapna and Sarith said that not only the officials of the UAE Consulate but also politicians also smuggled dollar. 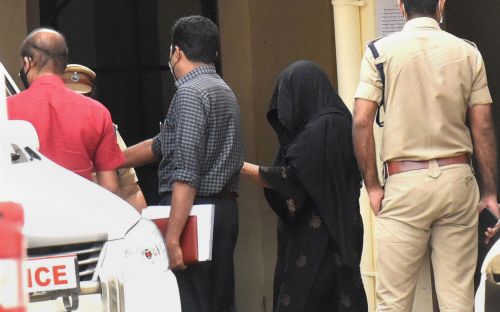 Kochi: Customs has issued a show-cause notice hinting the alleged involvement of Chief Minister Pinarayi Vijayan and former speaker P Sreeramakrishnan in dollar smuggling. The notice was served on the basis of the statement of Swapna Suresh and Sarith, the accused in the gold smuggling case.

In the statement to Customs, Swapna and Sarith said that not only the officials of the UAE Consulate but also politicians also smuggled dollar.

As per the notice, Sarith knew that the officials of the consulate were involved in dollar smuggling ever since he had joined the consulate. The consul-general had asked him to keep a good rapport with the ministers in the state and invite state ministers for various functions. It was as per this direction, Sarith managed to get Sivasankar’s phone number and invited him for various functions.

Chief Minister visited UAE in 2017. During this visit, Sivasankar forgot to take a packet from the secretariat and he directed Sarith to collect and send it to UAE. Sarith informed the Customs that he found dollars in the packet when he scanned it at the consulate. Swapna went along with her husband to meet Sreeramakrishnan at his house and came back with a suitcase of cash, revealed the statement.

However, the Customs couldn’t properly investigate these revelations as the consul-general left for UAE in the meantime.