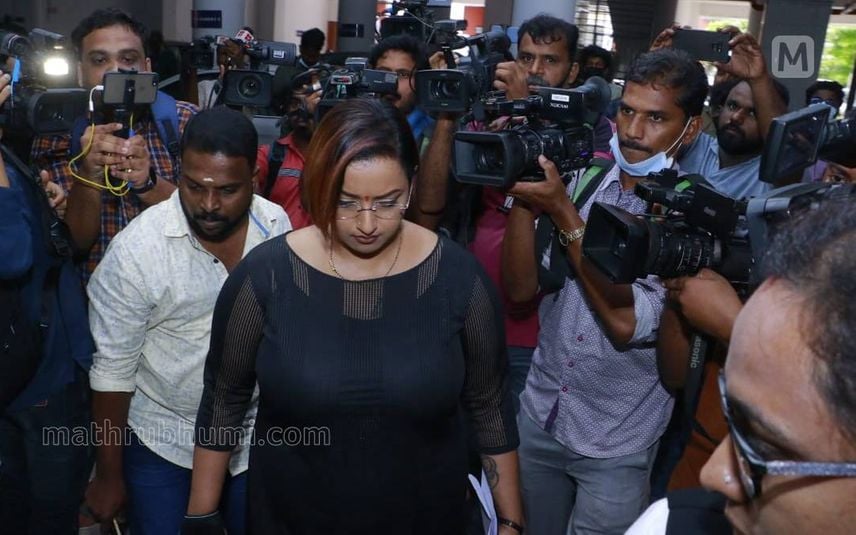 Kochi: Swapna Suresh, the accused in the gold smuggling case, has raised serious allegations against CM Pinaryi Vijayan and his family. She had recorded her confidential statement before the court, demanding protection for her life. She told the media persons here on Tuesday that VIPs including Chief Minister Pinarayi Vijayan, his wife Kamala, his daughter Veena, former IT Secretary M Sivasankar, former minister KT Jaleel, CM's former private secretary CM Raveendran, former principal secretary to CM Nalini Netto had links to the gold smuggling case.

"Sivasankar first contacted me when the Chief Minister visited Dubai in 2016. Back then, I was a secretary at the consulate. He told me that CM forgot to take a bag with him and asked me to urgently send it to Dubai. The bag was taken to Dubai by a diplomat in the consulate. There was currency in the bag. It came to light when the bag was scanned at the consulate. This was how the whole case started," Swapna told the media soon after appearing before the court to record her confidential statement.

She alleged that Biryani vessels were moved from the consul general's house to the cliff house several times at the request of Sivasankar. Apart from Biryani, there was something metallic inside the vessels, she added. She also demanded that the investigation should be more transparent and efficient. Meanwhile, she refused to reveal more about the case stating that the matter is before the court.