Gold smuggling case: Customs to summon all those who recommended for accused

The Customs grew suspicious after some parcels arrived addressed to the wife of UAE Consular General within 3 months. They were labelled as tissue paper, tiles, photocopy machine etc. 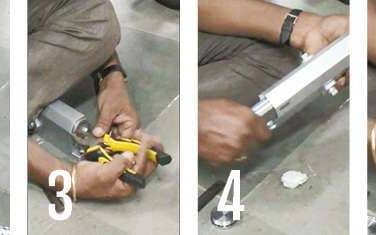 Kochi: The authorities said that all those who contacted top Customs officials to recommend for the accused in the gold smuggling case will be summoned soon. Shortly after 30 kilograms of gold was seized at Thiruvananthapuram airport, many officials in different sectors had contacted the Customs officers in Thiruvananthapuram and Delhi to justify the suspects Sarith and Swapna.

"We must know how these persons are familiar with the suspects and the reason behind them contacting the Customs. So, all those who had called will be summoned. If they are not willing to come, we know how to make them come," Kochi Customs Commissioner (Preventive) Sumit Kumar told Mathrubhumi.

The customs grew suspicious after some parcels arrived addressed to the wife of UAE Consular General within 3 months. They were labelled as tissue paper, tiles, photocopy machine etc. First the officials thought why they want to import these things which are locally available.

According to the Geneva Convention, nobody has the right to check the diplomatic baggage. However, the parcel labelled as towel hanger, door stopper and bathroom fittings did not have the sticker of the Consulate. With this, the officials grew further suspicious. In order to open such a parcel, either the UAE Ambassador should grant permission or disown it.

As the officers were sure that they would not get permission to open the parcel, they contacted the UAE Ambassador in Delhi through the Ministry of External Affairs. They disowned the parcel on knowing the matter. Following this, the officers checked it, Customs sources told Mathrubhumi.

Even after this, PRO Sarith attempted to receive the parcel along with an Arab person. But the Customs did not allow him to take it. Thus, they found the smuggled gold in the inspection. The officers assume that they might have taken many months to hide gold in metals. The accused chose this way as they knew that gold cannot be easily spotted in x-ray checking if it is hidden inside metal.