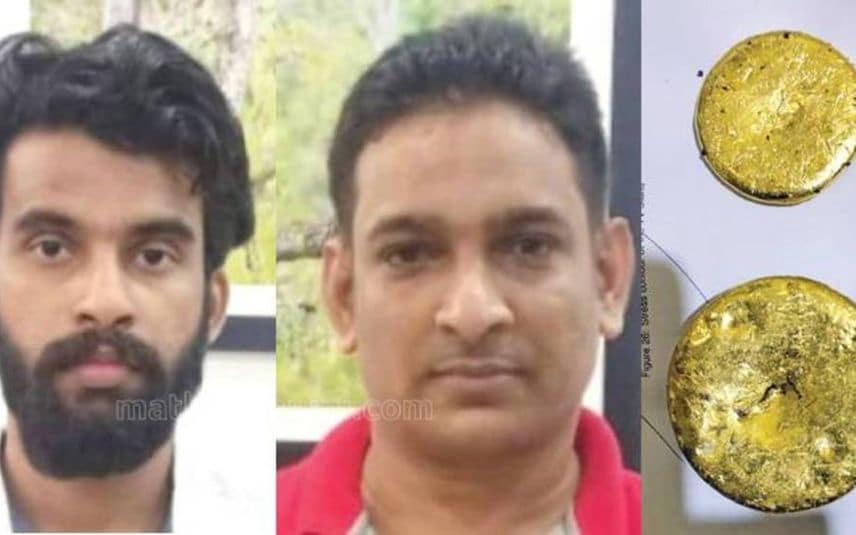 Kodungallur: Amid the vehicle inspections at Azhikode jetty, police seized one-and-a-half kilograms of gold smuggled via Nedumbassery airport. Two accused - Nishaj (27) from Valluvambram in Malappuram and Azhikode native Sabeel (44), who brought gold from Dubai were arrested.

Nishaj lost his way while driving the car with the aid of Google Map and reached a place where police checking was going on. Nishaj was nabbed during the vehicle inspection on Friday at around 2 am. Sabeel, who attempted to escape was booked from Andathode later.

The gold that evaded the security checks of the customs at the airport was seized by the night patrolling team comprising Kodungalloor Inspector Biju Kumar and senior CPO Binu Antony.