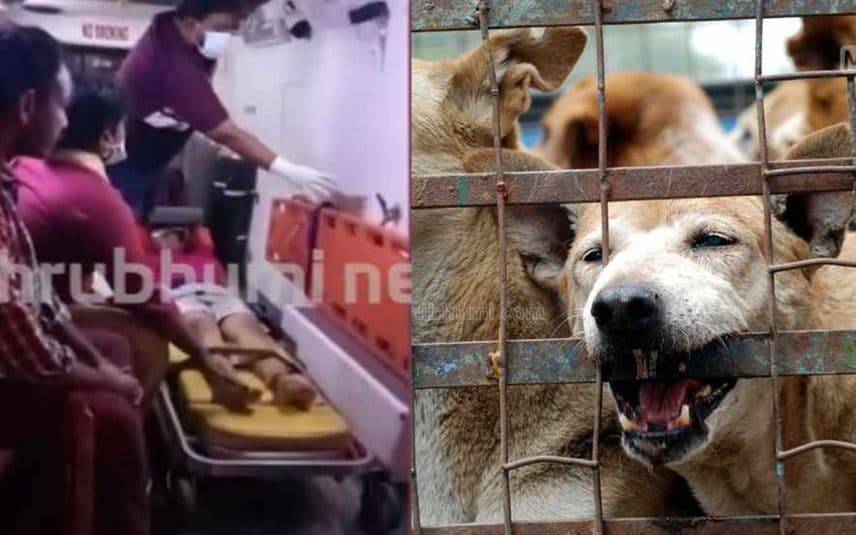 Abhirami being taken to hospital in ambulance (left)

Pathanamthitta: The girl who was undergoing treatment after a stray dog bite two weeks back is now in critical condition. Ranni Perunad native Abhirami was shifted to Kottayam Medical College after her health deteriorated. She is currently on ventilator support.

The incident took place on August 14. The girl was attacked by a stray dog while she was on her way to a shop to buy milk. The dog bit the girl on seven spots including arms, legs and eyes.

Abhirami was first admitted to Pathanamthitta General Hospital and was given rabies vaccine. She took the second and third doses of the vaccine from the Public Health Centre in Perinad. The fourth vaccine was scheduled for the 14th of this month but the girl’s health condition grew worse before that.