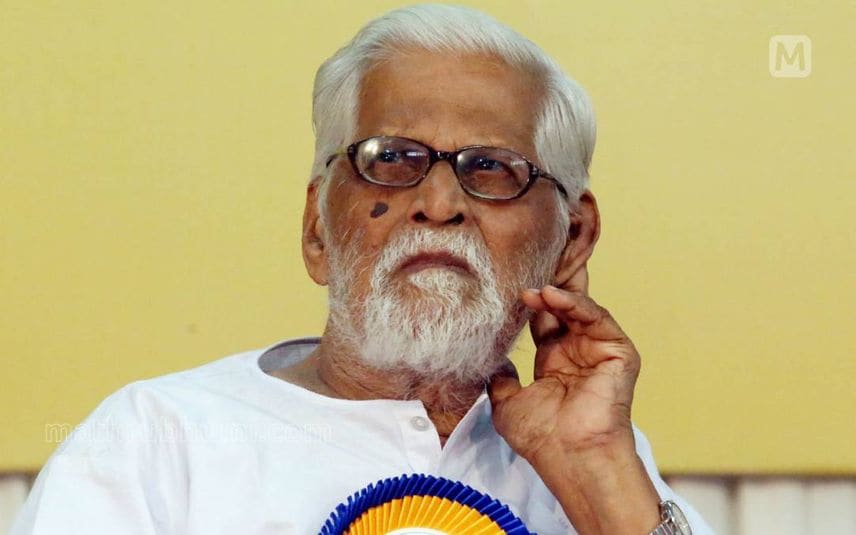 Thiruvananthapuram: Noted Gandhian and freedom fighter P Gopinathan Nair passed away here on Tuesday. He was 100.

He breathed his last due to age-related ailments while undergoing treatment at a hospital in Neyyattinkara here on Tuesday evening.

The nation honoured him with Padma Shri in 2016.

Gopinathan Nair strictly followed Gandhism in his life. He selected the path of Gandhism at a very young age after getting attracted to Gandhian ideology. Later, he actively participated in the independence movement.

Gopinathan played a major role in propagating Gandhism across India.

Gopinathan Nair was born as the son of M Padmanabha Pillai and KP Janaki on July 7, 1992, in Neyyattinkara. After completing his schooling at Neyyattinkara Govt. High School, he joined Thiruvananthapuram university college. He participated in the freedom struggle during his college days. He was also sent to jail for participating in Quit India Movement.