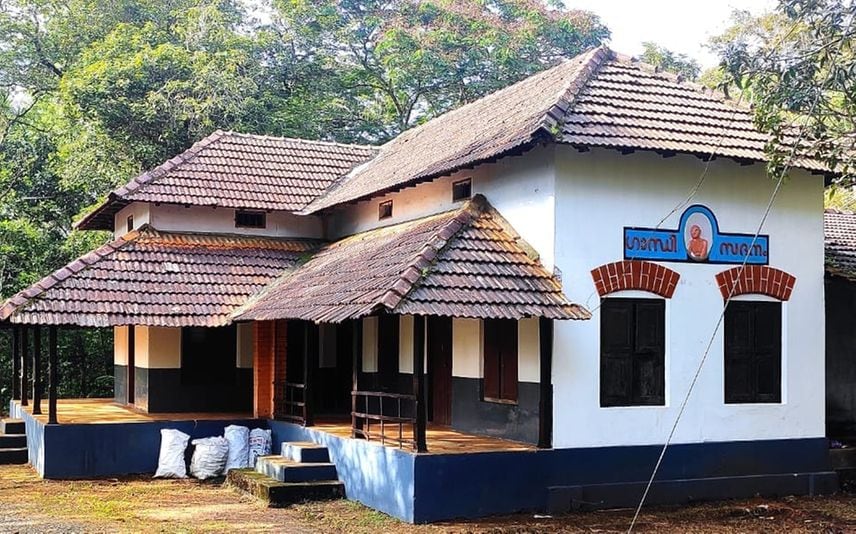 Payyoli: Gandhi Sadhanam located at Pakkanarpuram in Thurayur Panchayathu played a major role in helping a community lost in the dark due to untouchability and discrimination to come up in society. Mahatma Gandhi himself visited the place on January 13, 1934, after accepting the invitation sent by ‘Kerala Gandhi’ K Kelappan. However, the Gandhi Sadhanam is now a no man’s land with no one to visit or stay there.

It has been 88 years since Gandhi visited this place. Several political leaders and ministers made many announcements on the premises of the ‘Gandhi Sadhanam’ but only to be forgotten soon after. But even after 95 years since it was built, Gandhi Sadhanam still stands tall in the world of memories.

The Sradhananda school and hostel instituted by Kelappaji also used to function here. Gandhi had arrived to see that. It was with his arrival the building came to be known as Gandhi Sadhanam. In 1927, the great poet Vallathol had visited the place. He named the hill where Gandhi Sadhanam is located as Pakkanarpuram.

The Gandhi Sadhanam building is under the 13-member Gandhi Sadhanam Welfare Committee Trust. The building had been renovated in recent times. The unveiling of K Kelappan’s statue was done in 2011.

The walls have not been redone in years, they still carry the letters and pictures from the old days. When will the doors of this Gandhi Sadhanam open again before history seekers?