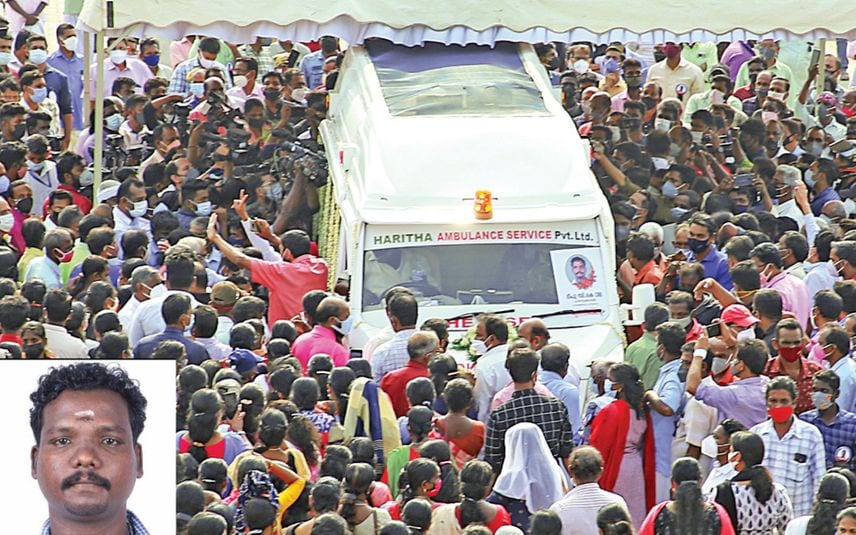 The crowd in front of the Kizhakkambalam Twenty20 Nagar

A case was registered for organising funeral ceremonies violating law, obstructing traffic and other violations. Thousands of people assembled on the premises of Deepu’s residence to offer their last rites. Deepu was allegedly killed following attack by CPM activists.

The autopsy report reveals that a severe blow on the skull caused Deepu’s death. According to preliminary investigation, there were two injuries on the skull and blood clot was formed in the brain. Also, the report says Deepu had liver diseases but this was not the cause of death. The disease could have worsened his health condition.