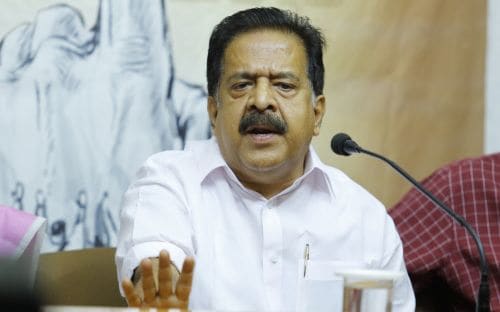 New Delhi: Senior Congress leader Ramesh Chennithala said that he is completely satisfied with the meeting with Rahul Gandhi.

'It is true that Oommen Chandy and I expressed some concerns about parliamentary party election. All of this was explained to Rahul Gandhi,' Chennithala said after meeting Rahul Gandhi.

Both Oomen Chandy and I have worked hand in hand with Congress high command. We agreed with all decisions taken by the leadership and worked according to it. We will follow any decision taken by Sonia Gandhi and Rahul Gandhi, he added.

"I did not mention about AICC general secretary post and Rahul also did not tell anything about it. Though my first priority is Kerala, I'm willing to work according to the instruction of leadership. I will work for the party even if I did not get any position," Chennithala further said.