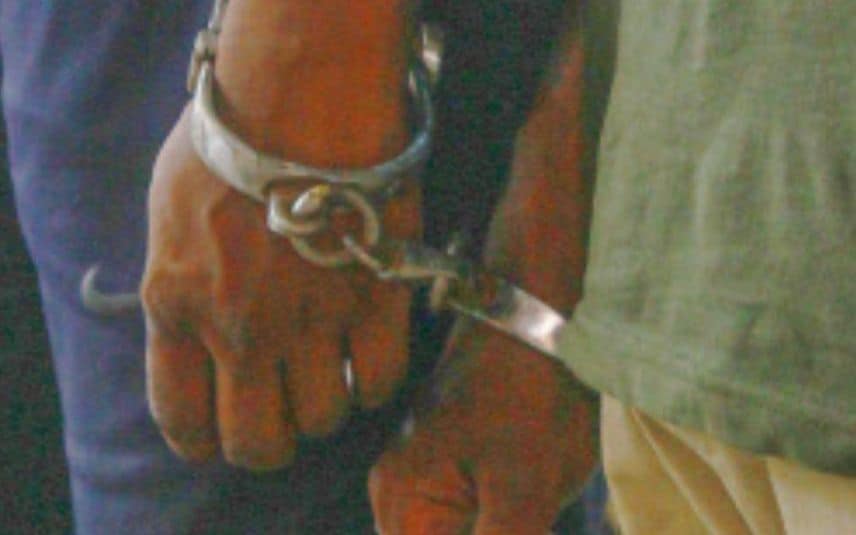 Thiruvananthapuram: Notorious criminal Santhosh (Jet Santhosh), known for expertly fleeing from the clutches of police by threatening them with a gun, was eventually nabbed after weeks of relentless effort. The 45-year-old, accused in the murder of retired ASI Krishnankutty in 1998, was nabbed by shadow police from his residence at Pallithura in Thumba.

Police set a trap for Santhosh after learning that he would occasionally visit his residence in Thumba. On Thursday, around 30 policemen surrounded the house after realising he was inside. Realising the presence of police, Santhosh attacked them and tried to flee from the area by climbing onto a coconut tree. However, he was forced to surrender.

He was declared a fugitive after he absconded while on bail for murdering retired ASI Krishnankutty. He killed the police officer for arresting him and his associates.

Following this, the police tried to arrest him on numerous occasions. But Santhosh flees by threatening to use a gun against the police.

Kollam: The trawling ban imposed in the state ...