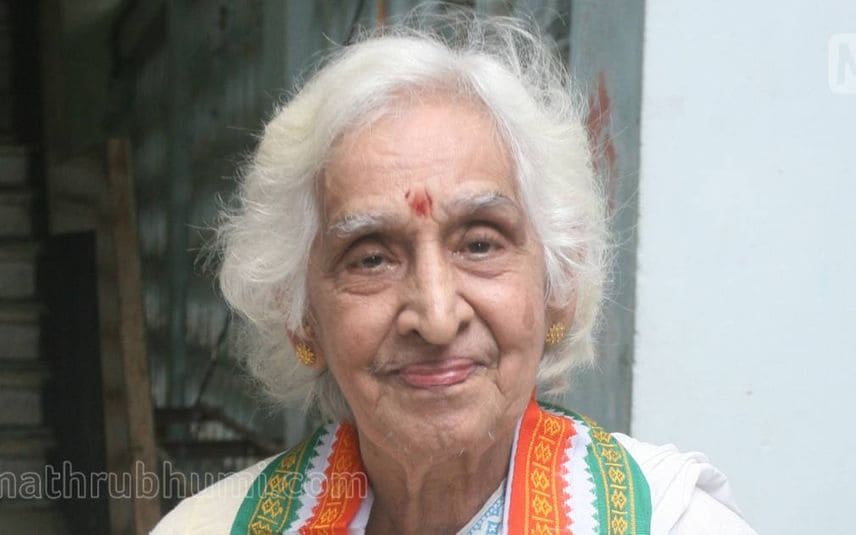 Anakkara: Freedom fighter G Susheela passed away on Wednesday 6.30 pm at the Vadakkath house. She was 100. She has been bedridden for the past six years.

Susheela who followed Mahatma’s simple lifestyle, served as the national secretary of the women's wing of the Congress party. However, she stepped back from active politics after the Independence.

Susheela was born in 1921 at Vadakkath house where the leaders of the freedom movement often held meetings. She was the daughter of Anakkara Vadakkath AV Gopala Menon, who followed Gandhian principles, and Perumbilavil Kunjulakshmi Amma. After schooling, Susheela went for higher studies in Madras.

During her graduation, she volunteered five days in Gandhi’s Prarthana Sabha. Later, she was imprisoned in Vellore jail for three months for participating in the protests of the freedom movement.

After being released from the jail, she started a spinning wheel class at Anakkara for women as a part of the khadi works. She aimed to form a women’s society to empower them.

She had spent her freedom fighter’s pension for the welfare of the needy people in the society. She was the secretary of Chinmaya school at Kalladathur for a long time.

Her husband TV Kunjikrishnan was also a freedom fighter. He had managed the column ‘Videsharangam’ of Mathrubhumi for many years. G Susheela is survived by daughter Nanditha Krishnan and son Indudharan Menon.

Last rites will be held at Anakkara Vadakkath house on Thursday at 3 pm.