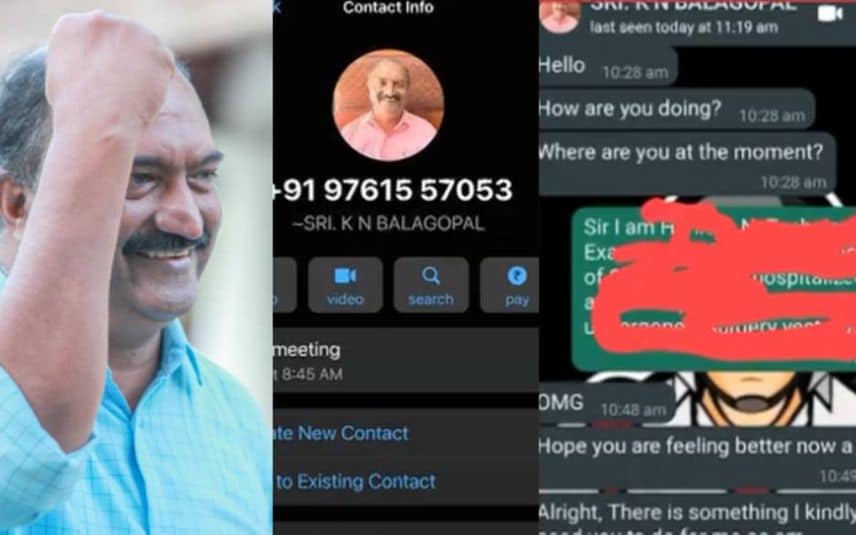 Thiruvananthapuram: Fraudulent activities carried out using fake WhatsApp account created in the name of Finance Minister K N Balagopal were noticed. Several people including the officials of the finance department received fake WhatsApp messages from this account. The trail of messages usually starts off with small talk and then queries about fishy schemes like online gift vouchers. This triggered suspicion of the officers, following which a few informed the matter to the minister’s office. That was when the minister and other officials became aware of the fraud.

It is not yet clear whether anyone lost money through the fraud. The minister’s office will file a complaint with the police against the fraud and a probe will be initiated into the matter.

The number in which the WhatsApp account is registered is currently switched off. It is hinted that the number is being controlled from outside Kerala. Such frauds in the name of other ministers and DGP have taken place earlier too.